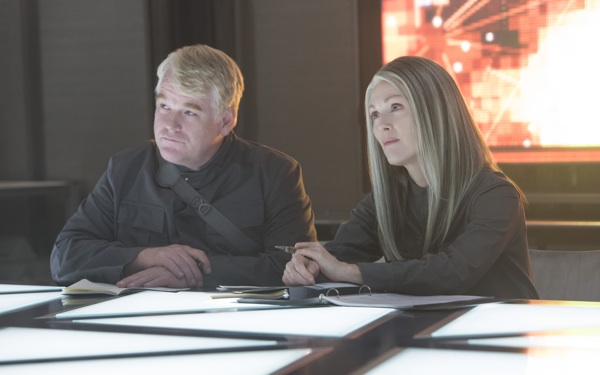 As the summer movie season comes to end, it's time to start getting ready for what the studios have in store for us this fall!

THE GREEN INFERNO
Release Date: September 5
Open Road Films
Eli Roth, the master of horror, returns with a film that centers on a group of idealistic student activists that travel to the Amazon to save the rainforest. All goes well until their plane crashes, and they wake up surrounded by a Native Tribe. Soon everything goes south as they quickly realize they have been taken hostage by the tribe they were trying to help—and will soon become dinner. Make sure you don’t see this film alone, and get ready to scream your lungs out.

NO GOOD DEED
Release Date: September 12
Sony Pictures
Idris Elba does a thriller once again (remember the one with Beyoncé?) in this Sam Miller film. Except this time, he is the psychotic one. Elba plays Colin a charming, yet dangerous escaped convict who talks his way into the home of Terri (Taraji P. Henson), a former district attorney and stay-at-home mother of two. What began as a good deed soon becomes a life-threatening nightmare, with Terri and her children fighting for their lives. This film will certainly have you at the edge of your seat.

THIS IS WHERE I LEAVE YOU
Release Date: September 19
Warner Bros.
If you are looking for a heartwarming comedy this fall, look no further. This star-studded comedy is based on the Jonathan Tropper novel of the same title and feels like the slightly classier and funnier cousin of August: Osage County. It centers around four siblings who are forced to return to their childhood home upon their father’s death and live under the same roof for a week. What ensues is a hysterical and emotional rollercoaster as they are pushed to confront their own adult lives and frayed relationships. Oh, and they have to deal with their over-sharing, never shy mother played by Jane Fonda. The cast also includes Jason Bateman, Tina Fey, Corey Stoll, Adam Driver, Rose Byrne and Dax Shepard. With a cast like that, you are sure to have to a good laugh.

THE MAZE RUNNER
Release Date: September 19
20th Century Fox
This film brings yet another YA dystopian novel to the big screen. This time it is James Dashner’s dark 2009 novel of the same name. Thomas (Dylan O’Brien from “Teen Wolf”) wakes up in an elevator that opens to The Glade, a place enclosed by a maze, where 60 or so boys have learned to survive on their own. A new boy arrives every 30 days and in this case, it’s Thomas. The original group has been trying to escape this place for the last two years through the Maze. As hope begins to dwindle, the first ever girl arrives, and she recognizes Thomas. This is the catalyst to the film, as the boys put forth a plan to escape. If you are a fan of The Hunger Games and Divergent, you will surely enjoy this action-packed film. The only difference is that it is a bit darker.

THE BOXTROLLS
Release Date: September 26
Laika Entertainment/Focus Features
The third collaboration from the creators that brought us Coraline and ParaNorman is based on Here Be Monsters, the children’s novel by Alan Snow, about a young orphaned boy who is taken in and raised by underground trash dwellers, the Boxtrolls. The story takes place in the Victorian era town of Cheesebridge, or rather under it, where most citizens are obsessed with wealth and cheese and have long feared the Boxtrolls. All is well for the Boxtrolls until an evil exterminator, looking to get rid of them once and for all, targets them. This pushes the young boy to venture above ground to save them, all with the help of his new friend Winifred. This may be a kid’s movie, but it is sure to win over everyone’s heart, no matter what your age is.

THE EQUALIZER
Release Date: September 26
Sony Pictures/Columbia
The film stars Denzel Washington as Robert McCall, a former black ops commando, who faked his death so he could live a quiet, peaceful life. However, he soon comes out of retirement to help save a girl and fight off the Russian mob. As with any Denzel Washington movie, this one will surely be packed with action and wit. Chloë Grace Moretz and Melissa Leo also star.

THE DISAPPEARANCE OF ELEANOR RIGBY: THEM
Release Date: September 26
Weinstein Co.
Starring Jessica Chastain and James McAvoy as Eleanor Rigby and Conor Ludlow, this flim is about a New York married couple that is reeling from the loss of its infant child. After a suicide attempt, Eleanor retreats to her parents’ home, while Conor tries to track her down and deals with his failing restaurant business. The most interesting part of this film is that it was actually put together from two different films. Originally, director Ned Benson made the two films from Eleanor and Conor’s separate points of view, but reedited the films to create Them. The two other films will be released in theatres the following month.

GONE GIRL
Release Date: October 3
20th Century Fox
Gillian Flynn’s thrilling dark novel comes to life in this film adaptation, which she herself wrote the screenplay. If you haven’t read the book, the story centers on the disappearance of Nick Dunne’s (played by Ben Affleck) wife and his involvement in it. Through the investigation, Nick feels more and more of the media’s spotlight on him, and his innocence becomes more and more questionable. For fans of the book, the biggest surprise will be the ending, because it has been rewritten and will not be the same as the ending in the book. This much anticipated film will definitely have some twists and turns that will keep you in suspense.

THE INTERVIEW
Release Date: October 10
Sony Pictures/Columbia
This is the movie that might spark a war, or so the headlines have said. James Franco and Seth Rogen reunite in the film, this time as celebrity journalists trying to score an interview with North Korean dictator Kim Jong-un. However, this leads the CIA to recruit them as assassins in order to eliminate Jong-un. Not surprisingly, the pair is not qualified, and what ensues is sure to be hilarious if This Is the End and the duo’s other previous work are any indications.

KILL THE MESSENGER
Release Date:  October 10
Focus Features
Jeremy Renner stars in this thrilling biopic of Pulitzer Prize-winning journalist, Gary Webb, who uncovered the government’s involvement in the nation’s crack cocaine epidemic. Webb was warned not to run with the story but ignored the warning, and as a consequence, becomes the target of a smear campaign that eventually drives him to suicide. The cast also includes other big names such as Michael Sheen, Ray Liotta, Paz Vega and Michael K. Williams.

DRACULA UNTOLD
Release Date: October 17
Universal Pictures
The story of Dracula comes to film once again, this time starring Luke Evans in the role of the iconic vampire. The film is more of a prequel to Dracula, telling the story of how Prince Vlad turned to the supernatural in order to protect his family and his people. It will be interesting to see who was the man behind the monster.

THE BEST OF ME
Release Date: October 17
Relativity Media
Another Nicholas Sparks’ novel comes to the big screen. In The Best of Me, the romance centers on Dawson and Amanda, two former high school sweethearts that come together again after 20 years apart, following a friend’s funeral. Despite discovering they still love each other and reigniting their love, the same forces that initially drove them apart still seem to pose a threat. The film captures the power of true love, the way a Spark’s adaptation is expected to.

THE BOOK OF LIFE
Release Date: October 17
20th Century Fox Animation
Guillermo Del Toro and Jorge Gutierrez team up to bring you the story of Manolo(Diego Luna), a man who must choose between fulfilling his family expectations or following his heart. He soon embarks on a journey to help choose his path. Along the way, he encounters three magical worlds, where he must conquer his greatest fears in order to be with Maria (Zoe Saldaña), the love of his life. The film also stars Channing Tatum, Ron Perlman, Christina Applegate, Ice Cube and Danny Trejo.

OUIJA
Release Date: October 24
Universal Pictures
Just in time for Halloween, Ouija brings the right amount of scary. It centers around a group of teens who are trying to communicate with the evil spirit of their dead friend using the Ouija board. As you can probably guess, things go wrong and take a turn for the worst. Make sure you take someone to hold your hand.

KINGSMAN: THE SECRET SERVICE
Release Date: October 24
20th Century Fox
Here comes another movie based on a comic book. This one is about a street kid who gets recruited to join an agency’s ultra-competitive training program for what appears to be assassins, as a global threat emerges. Think X-Men (same director, Matthew Vaughn FYI) meets Agent Cody Banks. Among the cast are Michael Caine, Colin Firth and Samuel L. Jackson.

INTERSTELLAR
Release Date: November 7
Paramount Pictures
This film, which stars Matthew McConaughey, centers around a group of explorers who discover a wormhole and embark on an interstellar journey. They will transcend the limits of human space travel as they discover other dimensions. Christopher Nolan is directing and using brother Jonathan’s script. The film also stars Anne Hathaway, Ellen Burstyn, Michael Caine and Casey Affleck.

BIG HERO 6
Release Date: November 7
Walt Disney Pictures
Disney brings us an animated superhero film about a robotics prodigy named Hiro Hamada and his robot, Baymax. After uncovering a criminal plot, they pull a team of inexperience superheroes (and friends) to help solve the mystery. This cute film is inspired by the Marvel Comics.

FURY
Release Date: November 14
Sony Pictures/Columbia
Here is another film about World War II starring Brad Pitt (Inglourious Basterds). This time, he stars as a battle-hardened army sergeant named Wardaddy who commands a Sherman tank and the five-men team behind her. Among the team is a rookie soldier still trying to grasp with the war’s emotional toll. They must work together to strike the heart of Nazi German, even as there own fear increases. The film also stars Shia LaBeouf, Logan Lerman, Jason Isaacs and Michael Peña.

DUMB AND DUMBER TO
Release Date: November 14
Universal Pictures
Jim Carrey and Jeff Daniels come together again in this Dumb and Dumber sequel. In the film, 20 years have gone by, and Harry (Daniels) has just found out he has a daughter. The film continues with the pair’s hilarious journey to track her down.

THE HUNGER GAMES: MOCKINGJAY-PART 1
Release Date: November 21
Lionsgate Films
Perhaps the most anticipated film of the year (at least for fans), the first part of the last film in the saga finds Katniss Everdeen back in District 13 after forever changing the Hunger Games. As she reluctantly becomes the symbol of mass rebellion against the Capitol, she will fight to save Peeta and her family’ safety.

HORRIBLE BOSSES 2
Release Date: November 26
Warner Bros. Pictures
In this follow-up to the 2011 comedy, Dale, Kurt and Nick decide to start their own business, but things don’t go as planned when a slick investor gets in the way. This prompts them to come up with a terrible, poorly thought-out kidnapping scheme, making things hilariously go from bad to worse.