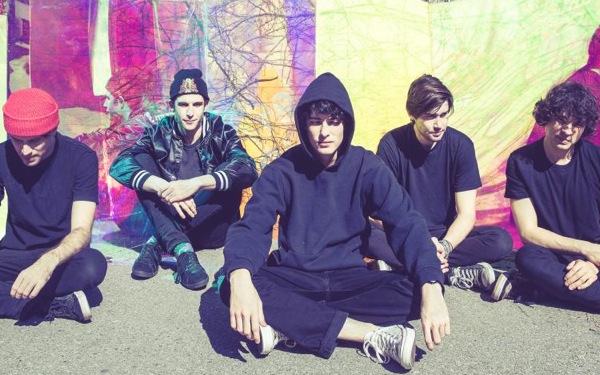 White Arrows is a a five-piece band that met in L.A and began touring almost as soon as it formed.
(Credit: N/A)

Here are updates on some of the best of the new indie releases for mid-summer and shows you won’t want to miss.

Buddy – Hey Buddy, can you spare a song? Yes, as a matter of fact he can spare quite a few. The L.A.-via-Portland musician and his band have a brand new album called Last Call for the Quiet Life dropping on Aug. 19. Guest players include Michelle Branch, Cary Brothers and Holly Conlan.

Dreaming Bull – Vintage-sounding soul-pop with blues, gospel and psych overtones is the order of the day for this L.A.-based duo but deep bass riffs and hints of hip-hop give songs like “Hippie Hobo” and “Feed Us” from their new self-titled effort a thoroughly modern feel. Hear for yourself when Dreaming Bull plays the Mint on Aug. 22.

Joe Driscoll & Sekou Kouyate – This seemingly odd pairing of guitarist Driscoll and kora player Kouyate got such rave reviews at the Nuit Metis Festival in France that the duo decided to record an album together and then tour. The record is called Faya, and you can hear music from it during the pair’s show at the Grand Performances event in downtown L.A. Aug. 15. The show is free.

Dub Thompson – Drummer Evan Laffer and guitarist Matt Pulos met while attending high school in Agoura Hills; now the duo is creating music as Dub Thompson, and its new release 9 Songs has just come out on the Dead Ocean imprint.

Faithsedge – Maybe the heaviest heavy metal/hard rock/prog band to ever come out of Huntington Beach, Faithsedge features singer Giancarlo Floridia and sidemen who’ve played with acts such as Dokken, Alice Cooper, Van Zant and Eric Martin. Their new one, The Answer of Insanity drops on Sept. 2 in the U.S.

Finding Fela – This documentary film about the legendary and highly-influential African artist Fela Kuti will be screening at the Landmark Nuart Theatre Aug. 15 – 21. The film’s 16-cut soundtrack is out now from Knitting Factory Records.

Ben Jaimen – Jaimen has an EP dropping this fall that’ll be called Through the Universe, kind of appropriate since he’s lived all over the place, including Berlin, Tel Aviv, London, Buenos Aires and now, Los Angeles. The pop star in the making has released the first single from the effort, a tune called “Satellites” that is currently streaming via the Huffington Post.

Ricardo Lemvo and Makina Loca – Lemvo is a native of Angola, but he lives in Los Angeles now. He’s giving his hometown fans two chances to hear his unique blend of Congolese and Cuban music with free shows Aug. 16 at the Levitt Pavilion in Pasadena and Aug. 22 at the Los Angeles County Museum of Art. Expect to hear music from new release Rumba SoYo.

Mustered Courage – They’re ace, mate! So don’t miss this Australian alt-bluegrass band when it takes the stage at the Hotel Café on Aug. 12. Mustered Courage will be playing music from its just-released album Powerlines.

Perfect Beings – This prog rock band fronted by singer/pianist Ryan Hurtgen also features players who’ve backed up the likes of Slash, Bruce Dickinson and Jack Russell’s Great White. If you can’t make it to their Aug. 14 show at The Last Bookstore, you can stream the concert live here.

Redemption – Back in 2012, this L.A.-based prog metal band blew away the audience at the ProgPower Festival in Atlanta; good thing the tape machine and cameras were rolling at the time. On Sept. 16, fans can see the show via the band’s Live from the Pit release, available as a special CD/DVD package.

White Arrows – You might have seen this band at Coachella or during its recent tour with the Neighbourhood. Now, the L.A. indie rockers are counting the days until their sophomore effort In Bardo drops on Sept. 16.