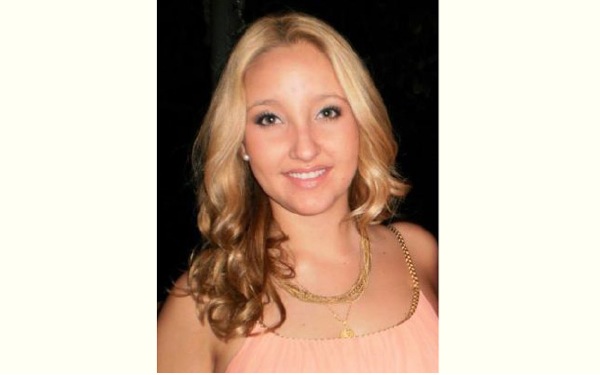 Do college students have the right to carry guns on campus to protect themselves? This question has sparked conversations on some college campuses, and Dartmouth College is the latest school involved in the debate.

Twenty-year-old Taylor Woolrich is pushing for the right to carry a gun on the Dartmouth campus to protect herself from a stalker she has been dealing with for four years (via Daily Mail). Her stalker, 67-year-old Richard Bennett, is currently in jail in California. He allegedly harassed Woolrich while she was in high school in San Diego.

In an interview with Fox News, the Ivy Leaguer explained how Bennett allegedly tormented her: he would keep returning to the San Diego cafe where she worked and stare at her for long periods of time; he would follow her home; he stalked her on social media; and he threatened to follow her across the country to see her at college.

After Bennett was arrested, police found a slip noose, knife, gloves and other items in his car. Charges against him include violating a restraining order, felony stalking and others. His next court date is later this month, and he faces spending four years in prison.

Although Bennett is behind bars, Woolrich still worries about her safety and advocates she should be allowed to carry a concealed weapon on campus. However, she said Dartmouth administrators will not let her to do so.

A spokesman for the school told Fox News, "[Carrying a gun is] is strictly prohibited and we are not in the habit of making exceptions. But we certainly do everything we possibly can to make all our students feel safe.”

The university also told TODAY in a statement, "Any student who reports being stalked is provided with individualized attention and heightened protection. If there are improvements to our security services that we can make, we will."

Woolrich says administrators told her to contact campus police and ask for an escort if she feels threatened after dark, but she doesn't believe that's enough. "Stalkers just don’t only show up after dark. Unless they have an armed guard in front of my dorm room, I'm not sure how safe I will be. I don’t think there’s much an unarmed guard can do," she told Fox News.

According to Fox News, Woolrich made one thing very clear: she will have to leave if legislation will not allow her to carry a gun at Dartmouth and Bennett somehow gets out of jail. But, she notes the school is doing everything it can to keep her safe.

"At Dartmouth, we are a family. They are doing everything possible to ensure I’m safe and comfortable coming back to campus this fall," she said.