Apparently USC is the Most Hated College Football Team in Calif. 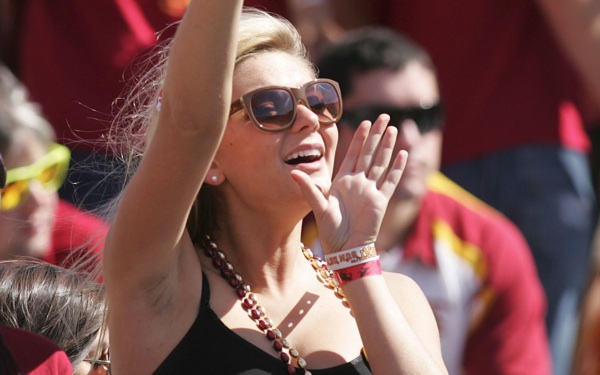 Californians sure are hatin' on the Trojans.

BroBible reports Reddit’s college football Twitter account  released the results of the “Most Hated College Football Team in Each State” poll Wednesday night and found that in California, people can't stand the University of Southern California.

Well, actually, this is what the revised poll indicates. At first, it showed that California hates Michigan's football team, but what sense does that make? It was later determined that the ballot boxes were probably stuffed (most likely by Ohio State and Michigan fans), so Reddit released an updated version that states there aren't too many Trojan fans in California.

Although this finding isn't surprising, it's pretty sad. After all, USC's football team has won 11 national championships, has always been considered an NFL powerhouse and recently was deemed one of the top 25 CFB teams with the most NFL talent. Sure, some could argue that Trojans can be arrogant, but with a rich history and bragging rights, they have the right to be.

Sounds to us like a bunch of other Pac-12 crybaby fans and haters from the likes of UCLA or Stanford probably stuffed this ballot as well.