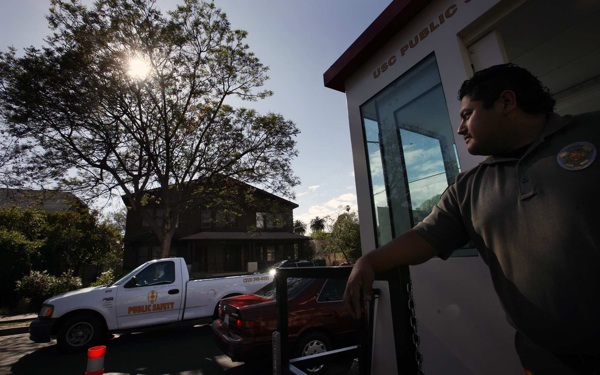 After Chinese engineering graduate student Xinran Ji was found dead in his off-campus apartment near the University of Southern California on July 24, the school announced it will be launching major new security measures, reports the Los Angeles Times.

On Friday, USC said it will increase "security staffing in and around the campus," upgrade camera systems, place cameras off-campus, improve "public safety training for students" and put more USC and LAPD security on foot patrol.

This isn't the first time USC has taken great measures to improve security at the private institution, however.

After a string of violent crimes in the recent years, including an April 2012 fatal shooting of two Chinese students and a 2012 Halloween on-campus shooting that left four people injured, USC introduced fingerprint scanners at dorms for entry, installed more security cameras and limited public access onto the campus from 9 p.m. to 6 a.m.

In June, USC announced that ever since the new security measures were implemented, there has been a significant drop in property crimes.

But, as the Times points out, the school's security measures were mostly put in place to improve its on-campus environment. We will see if these new changes will make an impact off campus.