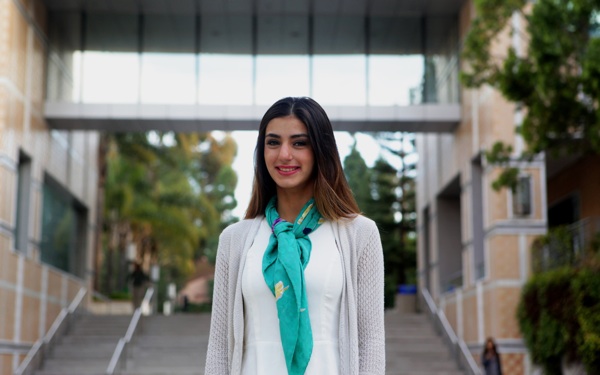 (MCT) Last spring, representatives from the University of California, Davis, made 20 trips to China to encourage admitted students to accept their offer to study in the United States.

The director of admissions at UC Santa Cruz met one young man in New Delhi, India, who had traveled hundreds of miles to make the case that he belonged at the coastal university thousands of miles from his home.

Overseas students interested in UC Riverside can request a Skype appointment with one of six international admissions counselors.

Pushed to look for alternative sources of revenue amid the deep budget cuts of the economic recession, schools in the UC system increasingly are recruiting nonresident applicants, who likely will make up a fifth of all freshman for fall 2014.

Even as state funding has begun to recover, campuses rely on substantial additional fees paid by out-of-state and international students who have brought in hundreds of millions of dollars for the university system in recent years.

Despite criticism from some parents and politicians, admissions officers at UC’s nine undergraduate campuses defend the shift as a mutually beneficial strategy, allowing them to broaden the undergraduate population with diverse perspectives and subsidize more seats for California students.

“Is it really worthwhile to have people all over the country and all over the world, going in and out of all of these countries, recruiting students?” said Robinson, who took part in visits to Hong Kong, Hangzhou, Shanghai and Beijing last year. “The answer to that is absolutely. It’s working out marvelously.”

The University of California has always had students from outside the state, especially at its flagship campuses in Berkeley and Los Angeles.

But their share has grown rapidly following the recession. In 2010, the UC Board of Regents issued a report recommending the university increase its proportion of nonresident students, who pay an additional $22,878 annually on top of $12,192 in tuition.

That directive spurred a variety of responses at the nine campuses, which individually manage their enrollment strategies. Some jumped enthusiastically into expanding their nonresident student populations, while others took a more limited approach.

Even schools with a tiny number of students from outside California, however, are talking about growing that presence.

“The conversation was propelled by the declining budget situation in California, but this is a win-win situation,” said Youlonda Copeland-Morgan, assistant vice chancellor for enrollment management at UCLA. “The added value is that students from different geographies have always contributed richly to the classroom environment.”

Nonresident students may make up about 13 percent of UC undergraduates this year, according to Nathan Brostrom, UC’s executive vice president for business operations, up from 4 percent a decade ago. The number will likely climb higher as international and out-of-state students become a growing share of freshman classes. Data about statements of intent to register released in July suggest that this fall’s incoming class could have a record 20.2 percent nonresidents.

That’s still less than other top public universities, such as the University of Michigan, where more than 40 percent of students are from outside the state. But the move has raised concerns that Californians are being pushed out of the UC system.

From 2010 to 2013, overall freshman enrollment of California students at UC campuses increased slightly, to 34,002 from 32,807. Enrollment varied at individual campuses from year to year, however, and five schools had fewer resident freshmen last year than in 2007. Most notably, Berkeley had almost 18 percent fewer.

“California students are being turned away,” said Patrick Callan, president of the Higher Education Policy Institute, a nonprofit research group in San Jose. It sends “the message that the university is less available to Californians,” he said, which could undermine UC’s long-term prospects of getting more state financial support.

The trend worries parents like Patricia Preston of Orangevale.

Her daughter applied to mechanical engineering programs at Davis, Irvine, Santa Barbara and Riverside last year, and was not accepted to any of them, despite a 4.1 weighted grade-point average and a score of about 2000 out of 2400 on the SAT. She’s headed to Northwestern University in the fall.

“That’s a high-caliber candidate,” Preston said. “Maybe they’re not perfect, but that’s not somebody we would say is not qualified for those programs.”

She said the university is betraying its mission by limiting opportunities for California students, especially in the in-demand technical fields that draw the most overseas students.

“We created those institutes, we built the infrastructure for it,” she said. Now they’re “training somebody else’s workforce that is not going to stay and benefit California.”

Marguerite Roza, a researcher at the Center on Reinventing Public Education in Washington, D.C., who studied similar efforts at the University of Washington, said the approach prioritizes non-residents over in-state students, some of whom might be willing to pay higher tuition for a slot.

Out-of-state and international students are “not taking a subsidized spot, but they are taking a spot at the university,” she said. “If their objective is to maximize the number of in-state students that they want to serve, then there are alternatives they should be considering.”

She suggested tiered tuition as a possibility, where families willing to pay the equivalent of nonresident fees could do so.

University officials say their alternative is to cut back overall enrollment to match state budget cuts. General fund support for UC is still about $450 million less than it was before the recession, though tuition rates nearly doubled in that time. State funding rose $267 million over the past two years, and will continue to increase for the next two years, in conjunction with a tuition freeze.

Out-of-state and international students are a financially self-sustaining group, officials say, whose tuition supplements about 9,000 resident students not funded by the state. Campuses say they also used the extra funding to save programs that otherwise would have been scaled back or cut, such as tutoring, academic advising and student wellness.

“What’s really important to note here, though, is one of the things nonresident enrollment enabled our campuses to do is to maintain their California enrollment,” Brostrom said during a presentation on university finances at the July regents meeting.

“Through the fiscal crisis, we did not cut the number of California resident students,” he added. “We were able to maintain, and even in certain instances, increase them.”

Nonresident fees generated an estimated $400 million from undergraduates across the UC system last year alone. Berkeley and UCLA, with more than 5,000 nonresident undergraduates each, were the top beneficiaries. Both brought in more than $100 million, a significant boost to their multibillion-dollar budgets.

Their out-of-state recruitment costs for fall 2014 were relatively small by comparison: an estimated $260,000 at Berkeley and about $258,000 at UCLA, primarily spent on travel.

Schools whose names have international cachet find it somewhat easier to recruit. Berkeley and UCLA are already drawing tens of thousands of applications each year from out-of-state students who are interested in attending, so they can focus their efforts on strengthening their applicant pool.

“As we admit in this increasingly selective space, the competition for those students is intense,” said Amy Jarich, director of undergraduate admissions for UC Berkeley. “I want to be able to introduce UC Berkeley early on, because once I’ve admitted a student, it might be too late at that point to convince them to come.”

With the potential for a big return on investment, smaller campuses are mounting their own efforts to establish a stronger foothold outside the state. UC Riverside began its push three years ago, spending about $900,000 a year on recruitment. Last year, the undergraduate fees brought in almost $9 million, double the amount two years before.

UC Santa Cruz, looking to increase its nonresident population from about 2 percent of undergraduates to 10 percent, invested about $510,000 in recruitment over the last three years and saw the number of international and out-of-state students in its freshman class more than quadruple.

Admissions staff is away for most of the fall doing recruitment trips, a handful of which take them outside California. In the spring, they head back out to seal the deal with admitted students. Emily Engelschall, director of undergraduate admissions at UC Riverside, said they try to squeeze everything they can out of the travel.

“They’ll be in one city for one day, maybe two days, then they’re on to the next city, the next country.”

Outreach to California students remains the priority, said Lisa Przekop, admissions director for UC Santa Barbara, but the increasing nonresident recruitment is having a “snowball effect” on interest in all UC campuses. Applications to the system from out-of-state and international students have more than doubled since 2011.

UC Davis has been perhaps more aggressive than any campus.

The university is in the midst of an initiative to grow by 5,000 students by 2020, with most of those coming from outside California. Concurrent with efforts to rebrand itself as a global campus, international enrollment nearly quadrupled over the last five years. The number of California students grew by more than 700 during the same period.

Casting a global net in recruitment searches, staff members have visited more than 50 countries so far, admissions director Robinson said. Alumni also are asked to represent the campus abroad, and one is now stationed in Hong Kong as a liaison in the Pacific Rim. An annual workshop brings dozens of high school counselors from around the world to Davis.

“We’re not interested in having the vast majority of our international students coming from one or two countries,” Robinson said. “That is not global diversity.”

Nevertheless, efforts focus on east Asia, which has the highest rate of activity in sending students abroad. China is at the top of the list for virtually any university recruiting internationally.

Students also come from the Pacific Northwest, the Southwest and the Northeast, particularly for Davis’ renowned agricultural school, but usually at a lower rate, Robinson said, because those students have more options to consider in their own states or closer to home.

Last year, the university spent about $1.2 million on its out-of-state recruitment efforts, bringing in more than $40 million from nonresident fees.

Robinson acknowledges the “universal debate” at universities over turning their attention overseas, but said UC Davis has made a choice.

“No one should think for a moment that we don’t hear and that we don’t listen to what the citizens of this state are saying,” Robinson said. “We’re playing the hand as it’s been dealt to us the best as we can.”