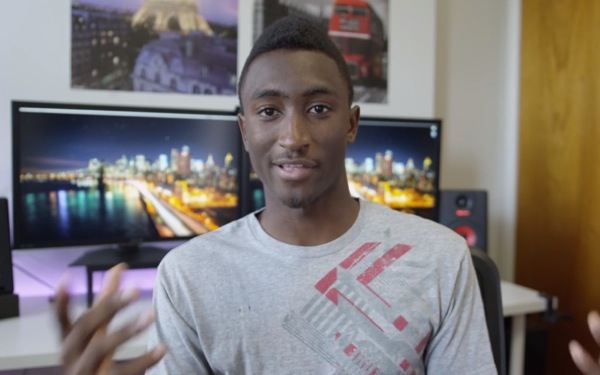 When former Google vice president Vic Gundotra named 20-year-old Marques Browniee as the "the best the best technology reviewer on the planet right now," the blogosphere took notice. After all, when any Google exec (current or former) takes notice of a student's technology YouTube channel, it's kind of a big deal.

In an interview with Business Insider, the Stevens Institute of Technology (N.J.) senior talked about his YouTube channel "MKBHD," which has more than 1.5 million subscribers and 640 videos, including detailed and in-depth product reviews, explainers and impressions.

“When I first started making the videos, I didn’t tell anyone about it," he said. Browniee described his channel as a "background hobby" that started off with only a few views, but it later grew a following, especially after Gundotra's post on Google Plus.

Although his YouTube channel is making him money (enough to pay for his production costs), Browniee insists his college education is his No. 1 priority.

"I went so far with school, so I might as well just finish. Getting my degree is something I’ll be really happy about. I’ll wing it from there," he said.