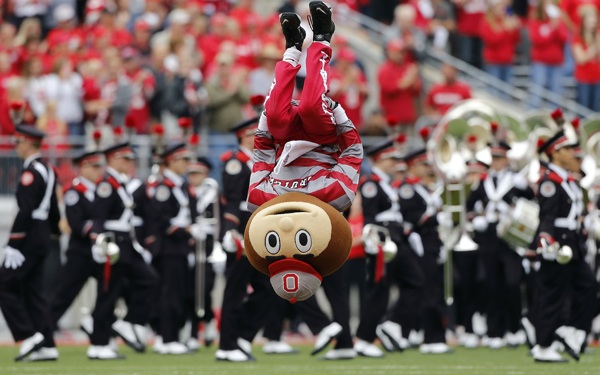 After the first investigation, disturbing reports about the Ohio State University marching band's sexualized culture came to light. The report found there were alleged hazing instances where students were humiliated and harassed, which led to the university firing band director Jonathan Waters.

However, some of the alumni were upset by the school's decision to fire Waters, and now the state's attorney general has gotten involved in the matter (via The Huffington Post).

Betty Montgomery's task force will be investigating the situation, conducting "a cultural assessment, review[ing] university administrative processes and oversight and provid[ing] counsel on Title IX compliance matters." However, it will not reexamine the claims made from the first report.

In the first report, details about the alleged sexualized culture were horrifying. In a "Rookie Midterm," marching band members were asked to answer personal questions about other band members such as "Who has the smallest wang/tits?" and the "unofficial" Marching Band Songbook contained songs with homophobic lyrics, like "Le Regiment is full of homos...they're dropping to their knees to blow."

The Huffington Post reports alumni have spoken against the university's findings though, claiming Waters should be reinstated. Waters' attorney said the school's investigation interviewed "less than 2 percent of the available sample" and that it was "fallacious."

OSU, meanwhile, stands by its decision to fire Waters.