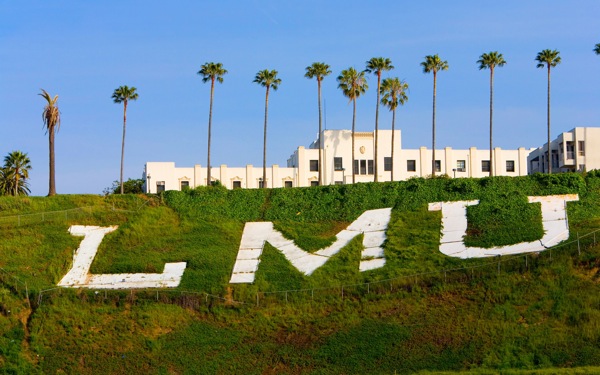 (MCT) California has some of the nation's strongest protections for abortion rights. But the recent decisions by two Catholic universities, Santa Clara and Loyola Marymount, to eliminate most abortion insurance coverage for their employees were cleared in advance by state agencies.

What the department is reconsidering, as first reported by California Lawyer magazine, is whether the universities are violating a 1975 state law that requires managed health plans to cover all "medically necessary" procedures.

Until the current controversy arose, insurers in California had treated all abortions sought by women in their health plans as medically necessary.

Insurance coverage for abortion is not mandated by the federal health care law or by the laws of many other states. But California guarantees abortion rights both by statute and by privacy protections in the state Constitution. The courts have also required Medi-Cal to pay for poor women's abortions, overturning legislative attempts to cut off the funding.

Under the 1975 law, private insurance coverage for abortions had been routinely provided for decades in California, until the two universities disclosed their planned cutbacks last fall.

In nearly simultaneous announcements, Santa Clara University President Michael Engh and Loyola Marymount University's board of trustees told faculty and staff members that they would no longer be insured for "elective" abortions - those not needed to protect a woman's health.

Santa Clara's policy change is not scheduled to take effect for its employees until next year, which means it will be blocked if the Department of Managed Health Care decides all doctor-approved abortions are medically necessary. Loyola Marymount, which is in Los Angeles, put its plan into effect this year for its employees, with a partial accommodation that allowed them to pay extra for abortion coverage through a private administrator.

Each school has more than 1,000 full-time employees.

Leaders of both universities said they were driven by religious principles.

"Our core commitments as a Catholic university are incompatible with the inclusion of elective abortion in the university's health plans," Engh's office said in a statement.

A prominent faculty member who opposes the Santa Clara cutbacks said the university told employees it was relying on a decade-old antiabortion statement by the Jesuit Order of the United States, a pronouncement that has not been followed by any Jesuit colleges except Santa Clara and Loyola Marymount.

"It's something we had not heard of before," said Stephen Diamond, a law professor who resigned from his scholar's position at Santa Clara's Markkula Center for Applied Ethics in protest of the center's support of the policy change. "I was one of hundreds of faculty members objecting," he said.

Despite both institutions' affiliations, Diamond said, neither is formally a religious university - the Catholic church doesn't own or control them, and their governing trustees are laypeople. When he was hired in 1999, he said, administrators assured him that Santa Clara was "pluralist ... all faiths or no faith welcome on campus."

"That it was even up for debate was a complete shock to most of the people I know on campus," said Anna Muraco, an associate professor of sociology and member of the faculty Senate at Loyola Marymount. "What it's doing is to institutionalize discrimination."

Although faculty organizations at both schools have protested the changes, employee opposition hasn't been unanimous.

The policy at Loyola Marymount is supported by RenewLMU, an association of alumni, faculty and students whose stated goal is to strengthen the university's "Catholic mission and identity."

So far, the Department of Managed Health Care, which regulates HMOs and other health plans, has been publicly silent on whether a university or any other employer can legally single out some abortions as not medically necessary and drop them from coverage.

But Kaiser Permanente, one of the universities' insurers, submitted a policy to the department in 2012 that denied coverage for "voluntary termination of pregnancy," said Won Ha, a spokesman for the company. He said the department did not object, so Kaiser began offering the policy to "purchasers who requested it."

The department's apparent rationale - that elective abortions are not medically necessary - should be indisputable, said Catherine Short, legal director of the Life Legal Defense Foundation, an antiabortion group in Napa.

"An elective abortion is one that is done for other than medical reasons," Short said. When coverage is required only for medically needed abortions, "why would everybody be told that California law mandates abortion coverage?" she asked.

But the state Supreme Court appeared to reject that distinction in 1972 when, in a 4-3 ruling, it declared California's existing abortion law unconstitutional because it allowed the procedure only if childbirth would "gravely impair the physical or mental health of the mother."

"Termination of pregnancy obviously is a basic medical service," said Beth Parker, chief counsel for Planned Parenthood in California. "Abortion can be elective, but it's medically necessary if recommended by my physician to treat a medical condition."

Parker, like other abortion-rights advocates, was unaware of the state's quiet acceptance of Kaiser's coverage changes in 2012 until the two universities announced their plans last fall. Now Planned Parenthood, the American Civil Liberties Union and some university employees are urging the Brown administration to change course.

"Other faculty members have told me they're no longer comfortable in this environment," said Diamond, the Santa Clara law professor. Universities, he said, are supposed to be places of "shared governance," where teachers are consulted and take part in decision-making.

The father of a 5-year-old son, Diamond said his wife recently returned to the workforce, and "I'm just glad she has her own insurance plan."