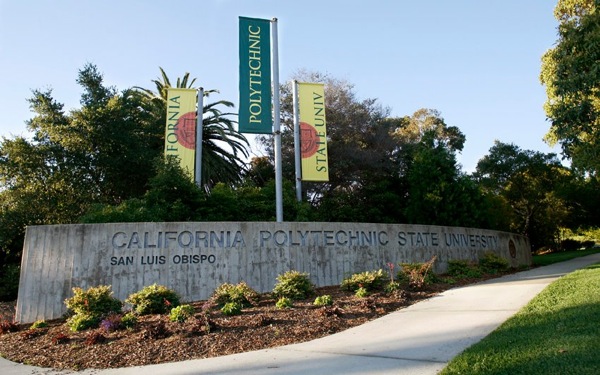 For what appears to be a drug-related attempted robbery of a fraternity house on Sunday, five Cal Poly-San Luis Obispo football players have been arrested.

According to the San Luis Obispo Tribune, a member of the university's Delta Sigma Phi fraternity (named Forrest Baker) woke up around 2:30 a.m. Sunday after hearing commotion outside. When he went outside his room he saw a gunman pointing a handgun at one of his fraternity brothers. Baker guided the gunman away from his friend, and the gunman asked Baker to show him where the money is while pointing the gun at his back and head.

When police arrived, Baker tackled the gunman, and the police detained him.

According to the Los Angeles Times, the football players under arrest are Cameron Akins, Dominique Love, Cortland Fort, Jake Brito and Kristaan Ivory. The suspects range from 18 to 20 years old.

Monday the university stated the five suspects "have been suspended from all team activities effective immediately."