Debate: Should Columbia Have Canceled Annual Concert in Attempt to Combat Sexual Assault? 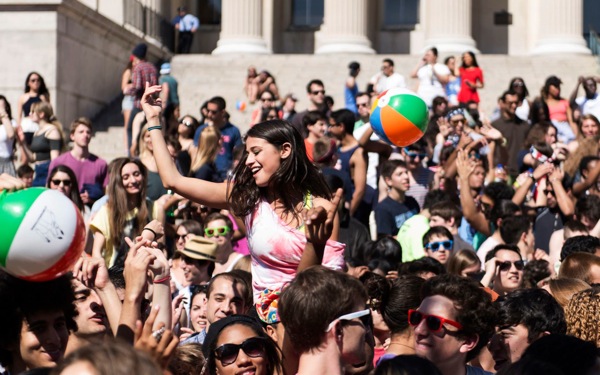 Sexual assaults and harassment incidents have plagued dozens of colleges and countless student victims. When the federal government started investigating 50-plus schools and their handling of sexual assault cases, some of them vowed to make changes and implemented new guidelines.

At New York's Columbia University, which has faced scrutiny for allegedly mishandling sexual assault cases, it seems that the administration has decided to take away the student body's annual fall music concert to combat sexual assault and excessive drinking (via New York magazine).

Columbia's The Lion reports the Ivy League's fall Bacchanal concert featured numerous student artists, and three major recording artists were scheduled to perform at this year's event. But during a meeting, the administration made "general comments about safety concerns associated with drinking and sexual harassment," which seems to explain the reason for banning the concert.

Incidents of sexual harassment at Bacchanal have been reported before. In an opinion piece on the Columbia Spectator ("Bacchanal is Not Invitation for Sexual Harassment"), the writer wrote:

Under no circumstances is it OK for the random boy whose name I will never know to come up from behind and squeeze my butt. I don’t care how drunk you are or how close you are to me—there is nothing permissible about that action.

However, the Coalition Against Sexual Violence (CASV) does not support Columbia's decision to cancel the concert. In a statement, the CASV called the decision a "band-aid, not a solution" to campus sexual assault. "

"Ultimately, we’re concerned that cancelling the fall concert will only hide highly visible instances of assault and silence survivors," reads the statement, "sweeping sexual violence back under the rug instead of taking affirmative steps to fight it."

Jezebel writer Callie Beusman wrote in a post, "If [the administration] sincerely believe that canceling an event is the best way to combat sexual harassment and assault, it's hard to have faith in their ability to create a non-hostile campus environment for students."