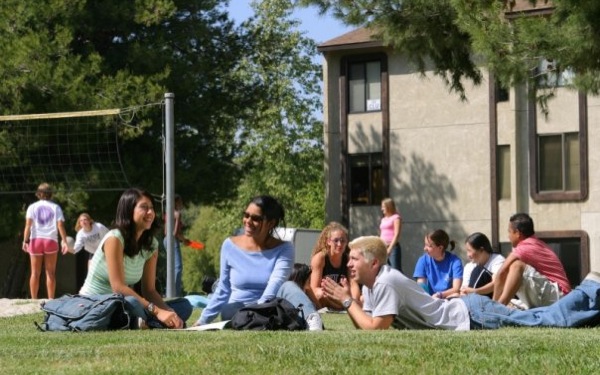 (MCT) THOUSAND OAKS, Calif. -- It was a dinner -- the chance to share food and deeply held values with others -- that got Shireen Ismail involved in the growing interfaith movement at California Lutheran University.

Ismail, who is Muslim, went to a Come Together Now dinner, where students of different faiths share a vegetarian meal and focus their discussion on a particular topic -- justice, for example, or forgiveness. During the meal, she got to talk about her faith, which she considers core to who she is.

"In that moment, despite what their own beliefs were, they were open to listening to what I had to say," said Ismail, 22, a senior majoring in biochemistry and art. "That level of warmth -- that was something I hadn't previously felt on campus."

While the Thousand Oaks university is Lutheran, most of its students are not. About a quarter indicated in a survey that they were Catholic. About 40 percent didn't respond to the question or said they didn't belong to a particular religion or denomination.

Six percent said they belonged to the Evangelical Lutheran Church in America, and 4 percent to another Lutheran denomination. CLU has 98 students who identified themselves as Muslim, 78 as Jewish, 33 as Buddhist and 14 as Hindu -- each group representing 3 percent or less of the total.

So it's important they all have a chance to talk about their beliefs, said Ismail, a leader of Interfaith Allies. The group formed a few years ago and is leading the interfaith movement on campus.

In addition to participating in the monthly dinners, the group has focused interfaith discussions around international issues of water and food -- issues that affect everyone, said Caleb Arndt, a junior majoring in English and music production.

"One of the first things was getting people to care," said Arndt, who is Lutheran. "When people really care about something that's really worth caring about, nothing can stop that."

"They've been a fantastic partner in the interfaith movement, making it a priority on campus," said Nasser Asif, director of communications for the group.

Now, CLU has received an $8,000 grant, administered by Interfaith Youth Core, to develop a sequence of three courses that focus on interfaith understanding. All CLU undergraduates are already required to take two courses in religion -- one lower-division and one upper-division.

"We need to equip students with the basic vocabulary and skills for talking to people with different religious backgrounds and beliefs," said Colleen Windham-Hughes, a professor of religion who is leading the project.

Two of the interfaith courses already exist -- introduction to the study of global religions, and religion and public life. A third, which will be taught by Windham-Hughes and a political science professor, is being developed.

As part of that effort, Rahuldeep Gill, who teaches the global religions course, is attending a five-day seminar this week on "Teaching Interfaith Understanding." Gill was one of 25 professors chosen for the seminar, which is sponsored by Interfaith Youth Core and the Council of Independent Colleges.

Because CLU is Lutheran, religion is already an element of campus life. That may make discussions about faith and values easier than at a university with no religious affiliation, Ismail said.

"It's not controversial to have something like a Get Together Dinner where people can talk about faith," she said.

Interfaith Allies is trying to extend those discussions by periodically putting out a table on campus, where people can pick up a quote, take part in a quiz show, or talk with people about their own beliefs.

"With most tabling, people are handing things out," Arndt said. "We tried to go about it in a way that was more engaging. ... This can be a very touchy subject."

At one point, the group decided to address religious stereotypes. They created posters picturing people from campus, indicating their religious beliefs, listing stereotypes they've encountered and presenting who they actually are.

"We tried to make it shocking," Arndt said. "It is shocking that, yes, there are all these stereotypes."

The university as a whole also has moved to make students of all faiths feel welcome. Last year, CLU created a small meditation chapel where students can find sacred texts, including the Quran, the Hindu scripture Bhagavad Gita and a Bible in Spanish. The interfaith chapel has prayer mats for Muslim students, cushions and incense. Outside, there's a labyrinth that people can walk while they meditate.

Interfaith Allies, meanwhile, is talking about expanding its reach off campus -- maybe having an interfaith summit for high school students.

"We want to keep building relationships until we have an intertwined community," Ismail said. "Because that's something we all want -- a community we can rely on. We're trying to build a community where everyone can feel comfortable."