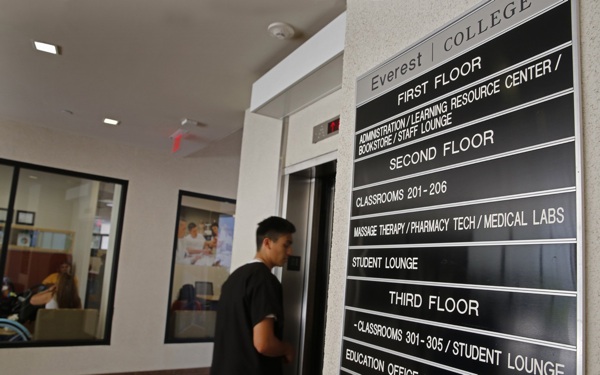 The subpoena is the latest in a string of headaches for Corinthian, which announced last month that it would sell 85 of its 107 campuses and online programs amid heightened scrutiny from the U.S. Department of Education.

Claiming Corinthian failed to provide documentation on job placement rates and other academic data, the Education Department restricted the company’s access to federal student aid in June. The sanctions put the company in a severe cash crunch, and Corinthian told investors it might have to shut down without additional funds.

In early July the company agreed to sell of most or its schools and close a dozen of them.

The company’s business practices are also being investigated by attorneys general in more than a dozen states, the Securities and Exchange Commission and the U.S. Consumer Financial Protection Bureau.

The California attorney general’s office successfully pushed for Corinthian to clearly disclose its dire financial situation to prospective students. And the company has stopped enrolling new students at campuses in Illinois, after state higher education authorities argued that students faced an “unacceptable risk” in attending schools up for sale.