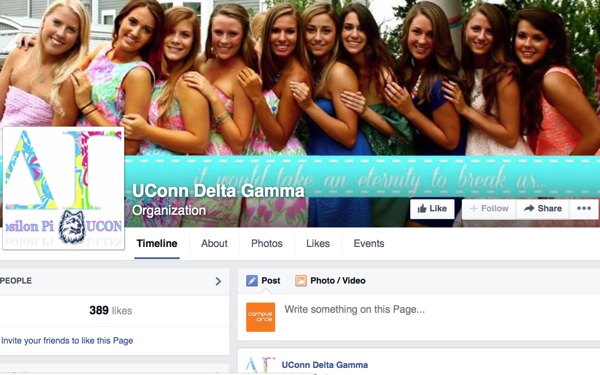 The University of Connecticut's Greek system is under scrutiny again, following the school's decision in May to ban the Sigma Alpha Epsilon fraternity and Kappa Kappa Gamma sorority over hazing incidents such as forcing a woman to "sizzle like bacon."

The Associated Press reports UConn stripped the organizations of their chapter registration, recognition and on-campus housing.

Sigma Chi and Delta Gamma allegedly forced Sigma Chi-affiliated men "to bob for alcohol nips in a toilet, to be paddled, to eat cat food, to be covered with syrup and flour and to be partly or fully nude." Meanwhile, Delta Zeta is accused of forcing men to wear women's underwear and eat dog food.

For incoming UConn freshmen hoping to rush a sorority or fraternity, the pickings just keep getting slimmer and slimmer.