UCLA Under Investigation for Handling of Sex Misconduct Cases 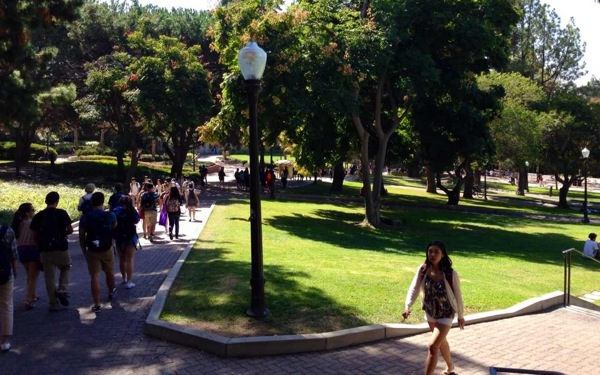 (MCT) Ramping up efforts against campus assaults, federal officials confirmed Wednesday they are investigating UCLA for its handling of sexual misconduct cases.

U.S. Department of Education officials declined to say whether an individual complaint or the government's own initiative triggered the probe at the Westwood campus, one of 76 colleges and universities now under investigation for possible violations of the Title IX equal education law.

UCLA spokesman Tod Tamberg said the university learned of the probe Wednesday morning after a Twitter message from the Huffington Post. He had no details about it.

In a statement, the university pledged cooperation with federal officials.

"UCLA is committed to fostering a safe and inclusive environment for our entire campus community," the statement said. "We take every complaint of sexual misconduct seriously, and offer a comprehensive range of care options for survivors."

Some activists speculated that a state audit critical of sexual misconduct procedures at UCLA and three other California universities might have drawn federal scrutiny. In the June report, State Auditor Elaine M. Howle found that the campuses did not sufficiently train all staff on responding to sexual assault and harassment allegations, and that they did not provide enough education to students about prevention techniques or consistently distribute information about the issue. The other schools reviewed were UC Berkeley, Cal State Chico and San Diego State.

At UCLA, a campus survey conducted in January and February last year and released in March found that 429 students, or 3% of the campus population, said they experienced "unwanted sexual conduct," which ranged from rape to hugs.

In the last five years, UCLA received 35 complaints alleging sexual misconduct. Those accused were found responsible in 22 cases, with four students expelled, 10 suspended and eight given sanctions that did not interrupt their studies, according to campus data.

But, she said, UCLA had made several improvements over the last year, including revising the student code of conduct to include a section on sexual misconduct, and adopting more detailed definitions of misbehavior. This fall, the campus plans to start a task force on sexual assault and post information in every restroom stall about where to find help, she said.

Badalich said that she declined to report her own sexual assault a year ago because she felt she would not be believed and that UCLA was not a "safe place" to make such allegations. But she added that the changes have made a difference.

As a result of the progress, she said, four other victims who spoke to her about filing a federal Title IX complaint against UCLA have decided to hold off.

In addition, UC President Janet Napolitano has established a systemwide task force on sexual misconduct, which is set to offer recommendations next month on how to further improve its policies.

"UCLA is doing a lot, and I think this complaint will only push them harder," Badalich said. "It will be an opportunity for even more improvements."

The Westwood school is the fifth California postsecondary institution to come under investigation by the Department of Education. Others include USC, UC Berkeley, Occidental College and the Butte-Glenn Community College District. A federal official said the UCLA probe was launched last Friday.

After years of activist demands for more aggressive enforcement of laws against sexual misconduct, the federal government began focusing on the matter in 2011 and has since launched more probes, levied more fines and issued more directives on the issue to colleges than ever before. The actions are being brought under the Title IX law, which bars sex discrimination.