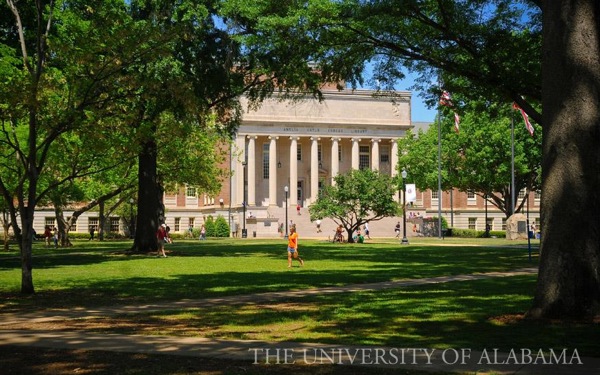 When 20-year-old Dartmouth student Taylor Woolrich gained national attention after pushing for the right to carry a gun on campus to protect herself from a stalker, it was only a matter of time before we started seeing students at different colleges advocating for the same right.

At the University of Alabama, the debate is just beginning.

Al.com reports the state director of Alabama chapter for Students for Concealed Carry, Kenny Caldwell, said the university cannot guarantee students' safety. Thus, he argues qualified students (those who have been qualified by the county sheriffs to carry guns off campus) should be allowed to carry weapons to defend themselves on the state's public universities and colleges.

"If [the university] were able to guarantee 100 percent that nobody else on campus would have any weapons, then [banning students from carrying concealed weapons] would be a viable option," he said.

He continued, "But our campus is basically a flowing part of the city and is easily accessible from almost every angle, given the public roads and sidewalks that run into it."

However, University of Alabama's director of media relations, Cathy Andreen, told Al.com the school will not allow guns or dangerous weapons on campus, "except under the limited circumstances set out in its policy."

"Our policies are designed to help make sure our campus is a safe place for our students, employees and visitors to live, learn, work and visit. UA believes that its policies and procedures comply with the state law," said Andreen.

If students are caught possessing guns or dangerous weapons on campus, they face expulsion.

To read the full story on Al.com, click here.