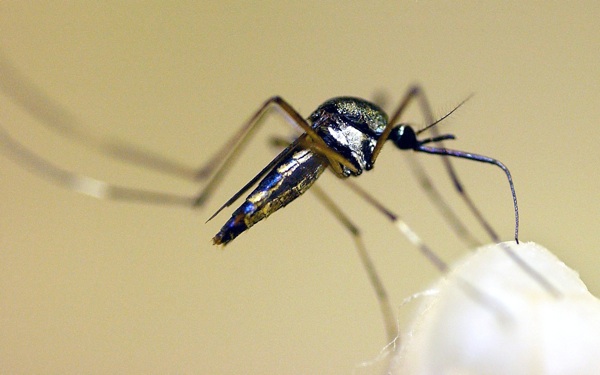 (MCT) Most college students are enjoying the last fleeting days of summer break and preparing themselves for the fall semester.

Abbey Murphy of Modesto is contending with an illness that will delay her return to the University of California, Berkeley. She was hospitalized for a week and treated with antibiotics for what doctors at first thought was bacterial meningitis.

Results of lab tests last week identified the illness as West Nile viral meningitis. About 10 other residents of Stanislaus County have been sickened by the West Nile virus this year, and two have died.

The virus is transmitted to people by mosquito bites. It is not spread by person-to-person contact.

Murphy, who lost 21 pounds, can hardly sit up and sleeps most of the time because the illness is so exhausting, her family said. She is resting at home, but her doctor expects it will take one to three months to fully recover.

“I cannot believe a mosquito bite could make her so sick,” said Becky Murphy, her mother.

She said her daughter is a healthy 19-year-old who competed in water polo and cross-country at Modesto High School, where she excelled in academics in the International Baccalaureate program.

Abbey said it started three weeks ago with a severe headache progressing to nausea, neck pain and a rash on her arms. The first time she went to the emergency room at the Kaiser hospital in north Modesto, she told the doctor it might be whiplash from a bicycle accident that occurred while training for a triathlon.

After she returned home, the symptoms worsened, with severe weakness and persistent vomiting. Abbey said she threw up 11 times during a one-hour period.

After a second trip to the ER, she was admitted to the hospital. She underwent chest X-rays, CT scans and two spinal taps. With meningitis, the membranes over the brain and spinal cord are inflamed.

“The impact it has is staggering,” said Chris Murphy, her father. “She is a healthy girl and had a meningitis shot for college. Our whole outlook has changed now. A lot of people think they are not going to get this.”

According to medical literature, patients with West Nile viral meningitis have better prospects for complete recovery than those who develop encephalitis.

Becky Murphy said she had heard of West Nile illness but assumed it usually struck the frail and elderly.

Walker said people with high blood pressure and uncontrolled diabetes are at higher risk of the illness. Overall, one in five people infected have symptoms, and severe illness occurs in less than 1 percent.

“It can happen in healthy young people,” Walker said. “It is why we continue to encourage the public to protect themselves. The other message is the virus has a long season. The risk lasts well into September and into early October.”

Abbey said she uses insect repellent during the summer but did not pay much attention to the health warnings for West Nile virus. She was not aware of any mosquito bites before her illness.

West Nile virus originated in Africa and the Middle East and first made people sick in California in 2003. Last year, the state received reports from counties of 379 symptomatic cases, with 15 fatalities. Stanislaus County had 17 cases and no deaths last year.

Becky Murphy and husband Chris, known as a vocal booster for Modesto, are spreading the word about West Nile illness on their Facebook page and in the public arena. “In the elevator at the doctor’s office, my mom told everyone to use bug spray,” Abbey Murphy said.

There is no vaccine for the virus. Every year, public health agencies advise people to wear insect repellant, eliminate standing water in their yards and mosquito-proof their homes. Becky Murphy said she does not think people are heeding the advice. “Every single person I talk to about mosquito repellent say they don’t put it on,” she said.

In the meantime, Abbey Murphy recovers at home, resting in the dark because the light bothers her eyes. Friends bring flowers. Her boyfriend comes to visit.

The virus has robbed her of one semester at Berkeley, where she’s a second-year student, and also dampened her part in a recent family celebration. “When I was really sick, my sister (Madison) announced she was engaged. I was so excited but could not show her,” she said.

Stanislaus County residents living in Modesto or other communities north of the Tuolumne River can report mosquito problems by calling the East Side Mosquito Abatement District at (209) 522-4098. All others may call the Turlock Mosquito Abatement District at (209) 634-1234. Bee staff writer Ken Carlson can be reached at kcarlson@modbee.com or (209) 578-2321.