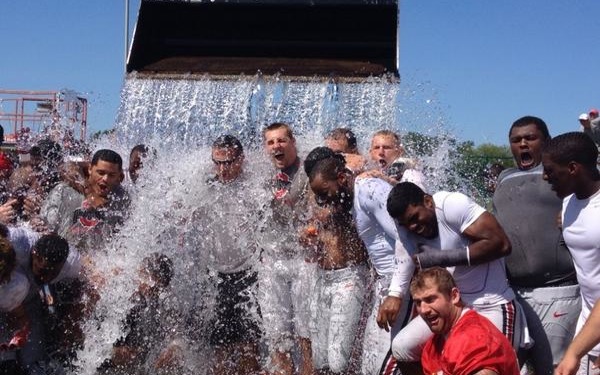 In the past few weeks, after former Boston College baseball team captain Pete Frates posted his challenge on July 31, the ice bucket challenge has gone viral.

Frates suffers from ALS (amyotrophic lateral sclerosis); its side effects include losing control of voluntary muscle movement and the ability to eat, speak, walk and eventually breathe.

The challenge requires daring a person to dump a bucket of ice water over their head within the next 24 hours and/or donate money to the ALS Association (although originally, people would donate to a charity of their choosing). Once they complete the challenge, that person then dares another to do the same thing.

From Justin Timberlake and Jimmy Fallon to Ethel Kennedy and Mark Zuckerberg, the ice bucket challenge continues to gain national attention, and the ALS Association has benefited from this viral sensation. According to its website, the association has received "an astonishing $4 million in donations compared to $1.2 million during the same time period last year."

Now, here's a look at some of our favorite college players, coaches and cheerleaders taking on the challenge:

4. USC Head Football Coach Steve Sarkisian: That's one way to cool down after a hot day at practice.

5. University of Oregon Football Coach Mark Helfrich: He does TWO buckets, not just one.

6. Ohio State University Football Team: Technically, this isn't a bucket; it's a TRACTOR!