Dir. Blake West Talks Growing Up on the 'Rez,' New Film Alone Together 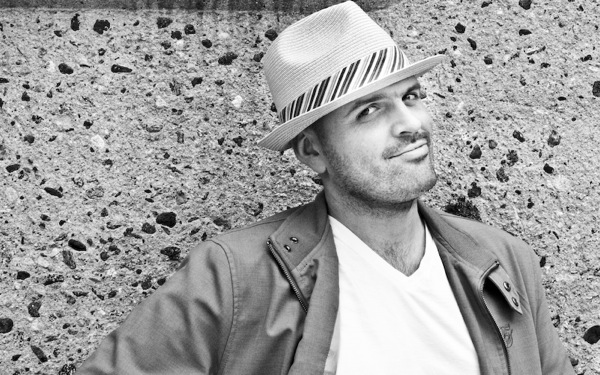 They say the past catches up with everyone, and that’s the case in United Film House’s new film Alone Together, set to premiere Friday, Aug. 15 (12:00 a.m., Saturday, Aug. 16) at the L.A.-based Holly Shorts Film Festival.

Camille LaBry West wrote and produced the film along with up-and-coming director, Blake West. This suspenseful thriller, void of dialogue, tells the story of a man tormented by the past.

Campus Circle caught up with West to discuss his personal journey that has taken him from his Native American home to rock videos, dramatic films and finally, Alone Together. The director also shared what it was like to grow up on Arizona’s Native American reservation, The Navajo Nation.

“My parents taught on the ‘rez,’ and constantly encouraged creativity,” said West. “My mother is a veteran photographer of 30-plus years, and my father is a Smithsonian-recognized artist. Starting my professional career in entertainment, first as an editor, shaped the way I direct to this day.”

Simply by watching his reel, you can see the influence living on the reservation had on West; his work has a dream-like quality with a deep introspective feel.

“Southwestern folklore fascinates me, but my directing style fluctuates constantly,” he explained. “I did spec work on Hell Ride, which actually gained the interest of Quentin Tarantino. I think he liked the raw, yet dreamy Southwestern aesthetic I gave to the Peyote Trip scene I directed in that film.”

Now, as a Los Angeles resident, West has taken everything he learned in the reservation and turned it into a collage of creativity that ends with his most recent film.

“The title [Alone Together] was born out of a several-day brainstorming session along with the concept. We loved the juxtaposition of intimacy and often crippling solitude that many people experience,” said West.

Like with every big production and effort, challenges will arise and unforeseen tasks will change everything. But the only thing that mattered was the end result.

“We had some challenges on the project, of course,” said West. “There was a last-minute replacement that cost us half a day of filming. That could have been daunting, but we knew that the most important thing was to focus on the solution, not the problem—to fix things as quickly as possible. We're really grateful it all worked out.”

The film also includes the music of indie darling AM. West had known and worked with AM in the past, and was set on having him score the new film.

“The real reason why I wanted AM to be a part of this film is because of his incredible musical diversity and his love of composing music with live musicians,” said West. “Music is very important to me, and it was especially important this time around, since this film has no dialogue. I wanted an organic sound that moved through people's souls, and he achieved that.”

West’s body of work is eclectic and ranges from music videos with rock star Noel Gallagher ("AKA...What a Life") and award-winning commercials (Milky Way) to now an art thriller that warns you to expect the unexpected.

So, what else can we expect from West? Aside from premiering Alone Together this weekend at the Holly Shorts Film Festival, he and United Film House are currently packaging two feature films: Superstition and The Flyer Hold Up.

And that’s not all; the budding director also recently sold a scripted comedy series to MTV called La Woman. He couldn’t divulge details on this project, but with his track records, you know it’s probably going to be out of this world.