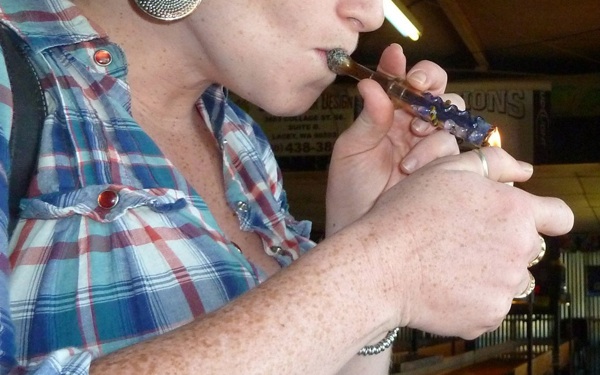 Sorry, students: it might be legal in your state to smoke medical marijuana, but that doesn't mean your college will let you smoke it on campus or in campus housing.

The Boston Globe reports that some schools are banning medical marijuana use despite the fact that it's legal in their states, including Massachusetts.

"We don’t make a distinction between medical and recreational marijuana," Boston University's dean of students, Kenneth Elmore, told The Globe. "We simply don’t allow marijuana on our campus. Federally, it is illegal, and smoking causes disruptions on campus."

Other Massachusetts schools that don't allow any form of medical marijuana use include Tufts University, Amherst, Curry and Emerson colleges.

In California, medical marijuana use is legal for some qualified patients; however, at schools such as the University of California, Los Angeles (UCLA) it is banned because it is not legal on the federal level. According to UCLA's on-campus housing regulations, "The use of marijuana, including medicinal, is illegal under federal law and is prohibited."

But back in Massachusetts, students are voicing their concerns over their colleges' ban on medicinal marijuana use.

"I’m scared I’m either going to go under-medicated and suffer physical consequences if I can’t use my medicine enough, or I’m going to face consequences from the school if I get caught," one incoming Boston University freshman (who suffers from gastrointestinal issues and was approved by his doctor to use medical marijuana) told The Boston Globe.

Betty Aldworth, director of Students for Sensible Drug Policy, also told The Globe, "We would like to see schools recognize [...] that marijuana is in fact valid medicine for the patients that are using it, and treating it differently than other medications is harmful to students and faculty who have chosen to use medical marijuana."