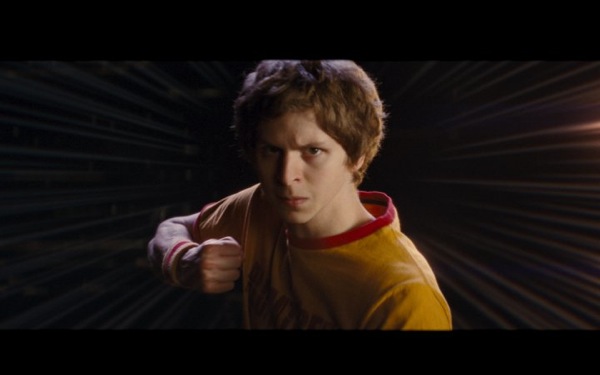 Michael Cera in Scott Pilgrim vs. the World

Cera, who is well known for his acting skills (Superbad, Scott Pilgrim vs. the World, Juno), not his singing chops, completely took the media by surprise with debut album true that.

In an interview with Billboard, the 26-year-old singer-turned-actor talked about his 17-track LP.

Here are a few things we learned from the interview:

1. "Dirty" and "Modest" are two words Cera likes to use to describe true that.
"It's very dirty sounding, it's very sloppy. It's modest. It's not really dressed up in any way. It was to manage people's expectations," he said.

2. He's actually been making music for years, which we had no idea about.
"I've been sharing music with friends for a long time, for years," he said. "I like getting feedback from friends and nice encouragement and I made this Bandcamp page and sent it to a couple of friends and said,  'Here's a bunch of my music compiled.'"

3. But it doesn't look like Cera has any intention of going into the studio and making a "polished" album.
"Honestly, there's a terrible stigma that if you're an actor or something, and you're going to make some [polished music], it's just kind of embarrassing no matter what the result," he said. "It makes me cringe just to think about that."

Read the full interview on Billboard.