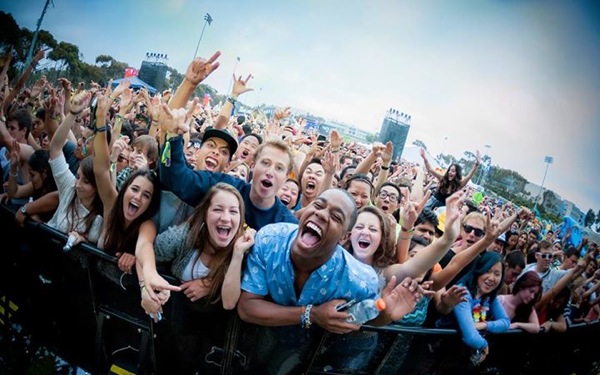 Ambriz was found unresponsive in his room in the Village East Tower on campus at approximately 1:30 a.m. on May 17 and was transported to the hospital, where he later died.

The 20-year-old attended Sun God and reportedly drank alcohol at the festival throughout the day and evening. Eyewitness accounts said Ambriz had also admitted to taking a drug at some point during the day at the event.

“After leaving the festival at midnight, his friend noticed him to ‘freeze’ at times during their walk back to their apartment. The friend also stated he was ‘starting to reach out into the air grabbing at stuff,’” NBC San Diego reported from a ME report.

The friend also said Ambriz “had clenched teeth” and was having difficulty breathing.

When Ambriz returned to his dorm room with his girlfriend after Sun God, he took an unknown pill, became unresponsive a short time later, began talking gibberish and then collapsed.

According to the ME report, a toxicological testing detected the “benzofury” drug and a low concentration of alcohol in the student’s system at the time of his death.

The effects of “benzofury” include “euphoria, empathy and color enhancement.” Side effects include nausea, vomiting, jaw clenching and sleep. The student experienced all of the drug's effects during the day at the festival and before his death.

The Los Angeles Times reports that in 2013, 48 people were hospitalized during the festival, an increase from 2012 and 2011.

UCSD Chancellor Pradeep Khosla told the university’s newspaper, The Guardian, that Ambriz was an active student in the UCSD community as a computer science major, a member of the Phi Iota Alpha fraternity and the MEChA organization.