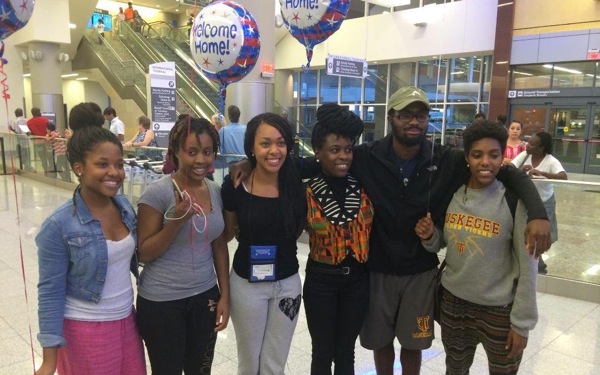 This photo of the 6 Tuskegee students appeared on the school's Facebook page.
(Credit: Facebook/TUSKEGEEUNIVERSITY)

The six Tuskegee University students who were stuck in Ebola-stricken West Africa are now safely back in the U.S., reports the Associated Press.

The students were studying abroad during the summer in Monrovia, Liberia but were stuck in the country because of the Ebola outbreak that prevented some flights from coming in and out of the region.

According to officials, the students appear healthy, but they will be monitored for signs of illness.

The World Health Organization states the Ebola death toll has reached at least 1,350 people in West Africa, including Liberia (where the death toll is rising most quickly), Guinea, Nigeria and Sierra Leone.

However, there are some American students who are actually trying to travel to the West African region to study abroad, despite the Ebola outbreak risks.

Campus News
California State campuses with most COVID-19 cases have one thing in common – they like to party
1,290 views