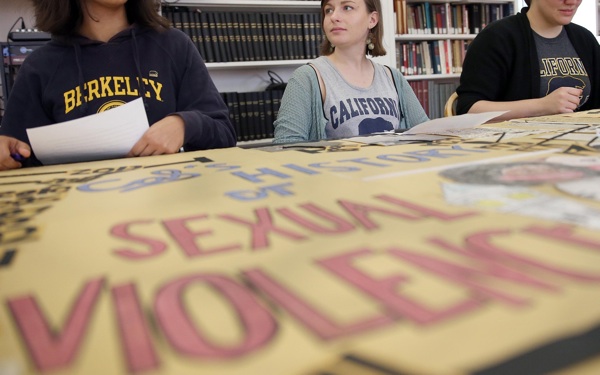 (MCT) Students returning to campuses across the nation this fall will have some heavy reading before they start classes as a law designed to address an epidemic of sexual violence on campus takes effect.

The University of Pittsburgh added a 22-page appendix to the student code of conduct for that reason. Point Park University added 16 pages to its student handbook.

Preparing to implement the law forced colleges across the country to review their policies and add reports of domestic violence, dating violence and stalking to their annual security reports. With no fewer than 76 schools, including Carnegie Mellon, Penn State, Temple, Harvard, Ohio State and Princeton, subject to open investigations by the Department of Education's Office of Civil Rights for alleged violations of federal law in their handling of sexual violence or harassment complaints, schools are taking a hard look at the issue.

“I've talked with schools in Georgia, Seattle and Baltimore. Every one is working really hard to get their ducks in a row and make sure they're ready for their students,” said Elizabeth Rosemeyer, assistant director for Title IX Compliance at Point Park University.

“This has been a significant challenge for higher education for well over 20 years. It certainly has been like a pot boiling,” said Carter, who is director of 32 National Campus Safety Initiative for the VTV Family Outreach Foundation.

Training that encourages students to intervene to halt sexual violence and harassment is a big part of prevention education at many schools.

At California University of Pennsylvania, school officials said they will rely on a violence prevention program started in 1999 with a Department of Justice grant and since refined to fill the bill for bystander intervention education. Nancy Skobel, associate dean of student affairs at Cal, said all freshmen are required to complete the program, which includes online and in-person training and an email component.

Speaking at the National Sexual Assault Conference in Pittsburgh on Thursday, U.S. Sen. Bob Casey, who penned the Campus SaVE Act, said the law is the first step to change “a conspiracy of silence” on college campuses about sexual violence.

Debra Erdley is a staff writer for Trib Total Media. She can be reached at 412-320-7996 or derdley@tribweb.com.