Critics' Reviews Make Us Want to Stay for If I Stay 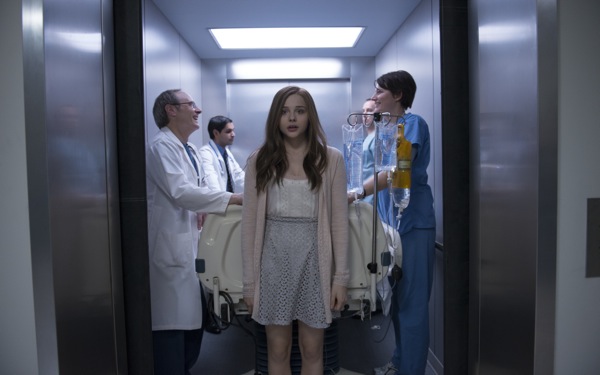 If I Stay
(Credit: Doana Gregory)

The reviews for Warner Bros.' latest film If I Stay are in, and although some critics have deemed the film "lifeless," others have convinced us this a film we'd want to stay in our seats for.

The young adult novel-turned-movie obsession has grown exponentially over the years with Twilight, The Hunger Games, Divergent and The Fault in Our Stars. Out of all of the YA movies, If I Stay is perhaps more comparable to the Shailene Woodley romantic drama The Fault in Our Stars, but Variety film critic Justin Chang made one important distinction between the two.

"If The Fault in Our Stars at times fell prey to the troubling suggestion that terminal cancer blesses you with a higher level of self-awareness," writes Chang, "If I Stay manages to confront its central tragedy on less noxious, more honest and accessible terms."

Meanwhile, If I Stay's star Chloë Grace Moretz delivers a performance that proves just how much the young actress has from her Hugo and The Amityville Horror days. "The reason to catch this death-flirting, borderline-deplorable weepie is totally Chloë," writes TIME reviewer Richard Corliss, who also applauded Moretz's commitment to the role of Mia. "Moretz has matured into a gorgeous 17-year-old whose wide face and pensive intelligence reward a viewer’s rapt attention."

And Daily News critic Elizabeth Weitzman, after going through a half a pack of Kleenex, writes, "If I Stay repeatedly reminds us that life is messy, even as it glosses over the actual messiness of life, and death."

The film is expected to dominate at the box office this weekend, perhaps raking in a solid $25 million (Thursday night, it drew in $11 million). It's a tearjerker aimed at a very specific target audience, an audience we're sure that includes young adult, college-aged folks who love a good cry every now and then.

Enter Campus Circle's sweepstakes to win a FREE If I Stay prize pack!