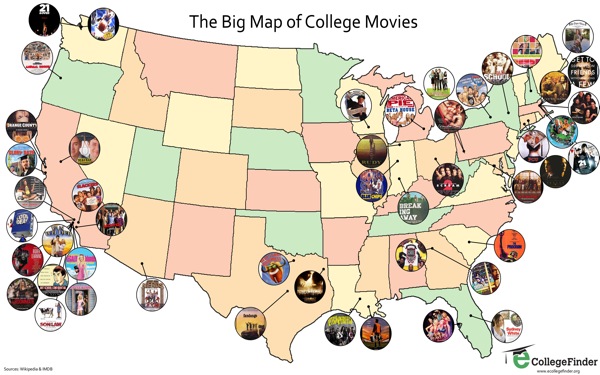 When you're watching a movie about a fictional college (let's say, Animal House), do you ever wonder what actual college they filmed it at (answer: the University of Oregon)?

The folks over at eCollegeFinder have put together another map that details where in the United States some college movies have been filmed. Unsurprisingly, most films were shot at colleges in California and on the East Coast; almost none were filmed in the Mid West.

Here's a list of some of our favorite college movies that were filmed at real colleges:

7. Revenge of the Nerds - University of Arizona (Tucson, Ariz.)