So There's this New Nail Polish, and it Supposedly Prevents Date Rape... 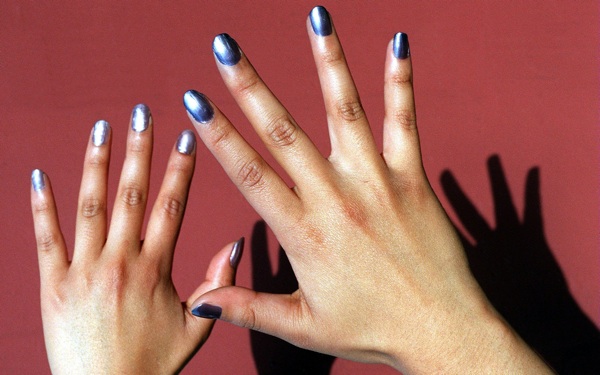 When you're at a college party, sometimes you put your drink down or you let someone else make one for you. True, this is something women should never do at a party, because someone could slip a date rape drug in their drinks. But, it does happen.

Elle reports this nail polish is being developed by undergrads at N.C. State University and that it changes color when you've been exposed to a date rape drug.

A spokesperson for Undercover Colors said, "We are early in the R&D stage for this important product."

And important it is.

Sexual assault and violence cases at campuses continue to grab national headlines, as more and more colleges are accused of mishandling these cases. Currently, there are at least 76 colleges being investigated by the federal government because of this very reason. And with the beginning of the new school year approaching (the fall semester has already started at some schools), incoming college women will find themselves vulnerable.

From the beginning of the school year (August or September) until about Thanksgiving, freshman women are the most vulnerable to sexual assaults. It's called the "Red Zone," and more than 50 percent of sexual assaults occur during this time period.

Blog
What qualifies as 'cheugy' in the Northwest? Generation Z weighs in
926 views

Blog
Don’t hit the beach without them: the bare essentials
1,920 views

Blog
Most Beautiful Woman Sandra Bullock: "The most beautiful are the ones who aren't trying"
1,570 views