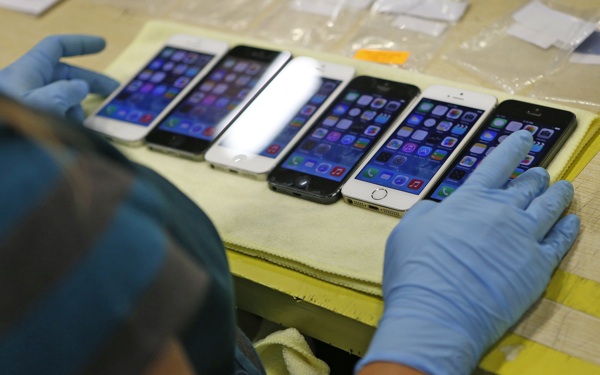 (MCT) SACRAMENTO, Calif. — California Gov. Jerry Brown on Monday signed into law a first-in-the-nation requirement that smartphones made in the state eventually be equipped with “kill switches” that allow owners to remotely render them useless if stolen, in reaction to a spate of violent robberies.

“The governor signed SB 962 to deter smartphone theft,” said Jim Evans, a spokesman for the governor.

The measure applies to phones made after July 1, 2015, to allow the industry to adjust. It was supported by criminal justice leaders including Los Angeles Police Chief Charlie Beck and San Francisco District Attorney George Gascon, who note that some phone owners have been injured in robberies. Democratic state Sen. Mark Leno introduced the measure.

“California has just put smartphone thieves on notice,” Leno said in a statement. “Our efforts will effectively wipe out the incentive to steal smartphones and curb this crime of convenience, which is fueling street crime and violence within our communities.”

The legislation was opposed by some industry groups who argued phone companies were voluntarily taking steps to improve security of phones. But others said government action was needed.

The Leno bill was one of 25 bills signed Monday by the governor.

Brown also signed a measure to encourage the state education board to include the 2008 presidential election of Barack Obama in the state’s social studies curriculum. The state board is expected review new school standards during the 2015-2016 school year.

Democratic state Assemblyman Chris Holden said he was pleased Brown signed his measure, AB 1912, which he said “underscores the importance of his presidency — the historic nature of it.”

The governor vetoed a measure by Democratic state Sen. Mark DeSaulnier that would have required every report submitted to the Legislature by any state agency to include a statement signed by the head of the agency that the contents of the report are true, accurate and complete. Brown said in his veto message that rather than improve communications, SB 1337 would “likely impede communications between the executive branch and the Legislature.”