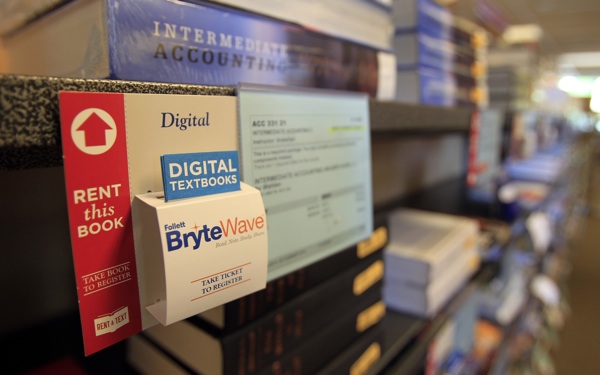 A typical Cal Sate student is estimated to spend about $1,000 on textbooks a year, and a study done by the U.S. Government Accountability Office last year showed that between 2002 and 2012, new textbooks rose in cost by 82 percent, while tuition and fees increased by 89 percent (via Los Angeles Daily News).

Textbook costs continue to rise and with new editions being released almost every year, this is making it difficult for students to graduate.

A survey released in January by the U.S. Public Interest Research Group Foundation found that nearly half of students said textbook costs affected how many and which classes they took each semester. Ninety-four percent of the 2,039 students surveyed who didn’t buy a textbook were concerned about their grade being affected due to not making the purchase.

Even though textbooks are pricey and have only continued to go up, there are a few ways to save some money.

David E. Anderson, executive director for Higher Education at the Association of American Publishers, told the Daily News that publishers are out there trying to make things more affordable by offering 90 percent of their titles to be digitally available and up to 60 percent below the regular price of a print textbook.

Some CSU professors are aware of the rising cost and have been finding alternatives so students can save instead of spend.

Also, there are plenty of online vendors that sell new, used, rental and electronic books for an affordable price.