Don't Say 'Bless You' in this Professor's Class, Unless You Want Points Deducted from Your Grade 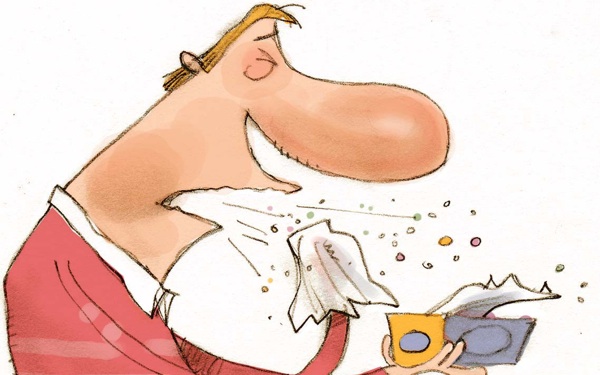 In your class syllabus, your professor may have written that your grade will suffer if you show up late to class, forget to turn in homework or don't participate in class discussions. But, have you ever heard of a professor who threatens to dock points if you simply say "bless you!" in their class?

Campus Reform reports a chemistry professor at the College of Coastal Georgia has outlawed saying "bless you" in his class (via CBS Atlanta). According to the professor, Dr. Leon Gardner, it is a "behavioral issue" that can result in a grade deduction of 1 percent for each occurrence.

"We are taught that it is polite to say ‘bless you’ when someone sneezes. However, if you say this while I am talking, it is NOT polite, it is very rude,” reads the syllabus.

It continues, "Please be aware that grade deductions for behavioral issues as noted above may be as significant as 15% of the final grade [...] Especially egregious behavior could result in expulsion from the class, withdrawal from the course, and disciplinary action by the college."

Under the comment section below the Campus Reform article, people have expressed their disbelief about Gardner's classroom rule, claiming "religious discrimination."

"If I had a student in this University, I'd take them out. I'd send them to a University that did not condone bigotry against those of Faith!" wrote one person.

"I cannot believe this man is a professor/teacher. If he was so smart, he would know that is called religious discrimination which is illegal in the United States," wrote another.

The principal of that school told The Tennessean, "If a teacher asks his or her students to do something reasonable to avoid a distraction in the classroom, then we expect the students to follow the rules."