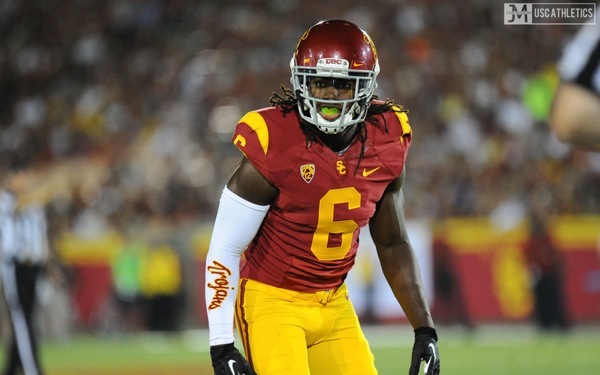 ESPN reports USC football player Josh Shaw has admitted to lying about how he injured his ankles last Saturday, and USC has suspended him indefinitely.

"We are extremely disappointed in Josh. He let us all down. As I have said, nothing in his background led us to doubt him when he told us of his injuries, nor did anything after our initial vetting of his story.

"I appreciate that Josh has now admitted that he lied and has apologized. Although this type of behavior is out of character for Josh, it is unacceptable. Honesty and integrity must be at the center of our program. I believe Josh will learn from this. I hope that he will not be defined by this incident, and that the Trojan Family will accept his apology and support him."

However, it is unclear how Shaw did injure his ankles.

Shaw, a USC defensive back and team captain, has been trending nationally ever since reports about his heroic act of saving his drowning nephew surfaced Tuesday. He reportedly told Sarkisian that he saved the 7-year-old boy from drowning by jumping from a second-story balcony into a pool Saturday night in Palmdale. However, Shaw suffered ankle injuries from the "resue" and was benched.

But later on Tuesday, TMZ reported that Shaw was named in a burglary report, although not as a suspect. Law enforcement reportedly told TMZ someone called the cops to report a suspicious person "shimmying" down the side of a building in downtown L.A.

When police questioned a woman who lived in the building and gave her a description of the suspicious person, the woman said, "Yes, that sounds like my boyfriend Josh Shaw."

However, Shaw reportedly told police he was never at the building.

Earlier on Wednesday, Sarkisian said USC authorities will be handling the Shaw situation. Shaw's teammates, Leonard Williams and Hayes Pullard, both seemed to think he was a trustworthy man.

"Josh has been a great guy. He has a great character and I've never known him to be able to lie about anything, so coming from what I know, Josh is 100 percent," Pullard told The Los Angeles Times before Shaw admitted to lying.

USC will face off against Fresno State in its opener on Saturday.