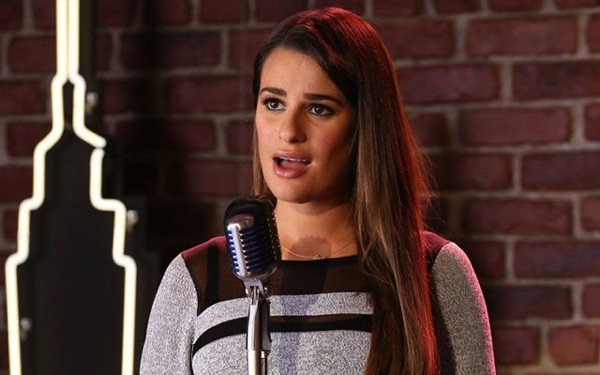 In Ohio, the glee club lost at nationals, so Mr. Schue lost the glee club (*sad face). And Finn (Cory Monteith) died on the show (and tragically, in real life), forcing writers to figure out a new way to continue the season without him.

Over in New York, some of the original glee kids (Mercedes and Brittany) randomly showed up but then left. Blaine, Sam and Artie graduated from high school, but somehow, they all managed to move to New York together.

Oh, and Sam and Mercedes got back together again for a hot minute to make the most awkward couple EVER.

And then Santana, who was living with Kurt and Rachel, dropped off the face of the earth to do yeast infection commercials...yeast infection.

And speaking of Rachel, she dropped out of NYADA, got the lead role in "Funny Girl," jeopardized that lead role by flying to Los Angeles to audition for a TV show, didn't get that TV role, but then she later learned that Hollywood wanted to write a show about her. So, in the last episode, we see her getting ready to embark on her new life in L.A., leaving NYC behind.

Last season was all over the place and unbelievable at moments, no doubt because show writers were probably stuck on how to continue the show without its leading man, Monteith.

Well, news has spread that Season 6 of "Glee" might be a little bit better than last season. MIGHT.

Yep, Rachel apparently fails at being a Hollywood actress and returns to Lima, Ohio to reinstate the club and figure out her life.

Meanwhile, Mr. Schue, Blaine and Sam will be doing other gigs around Ohio (cross our fingers for another Acafellas male group!).

Other characters set to return to the show are Kurt (Chris Colfer), Mercedes (Amber Riley), Blaine (Darren Chris), Coach Beiste (Dot-Marie Jones), Sue Sylvester (Jane Lynch), Artie (Kevin McHale) and Sam (Chord Overstreet). Sadly, Santana (Naya Rivera) will not be a series regular, but she will appear in some episodes.

Oh, and Tina (Jenna Ushkowitz) won't be a regular character...but that's okay with us.

It sounds like this final season has potential. Let's just hope we end this dramedy on a big bang, honoring Montieth's memory and the awesomeness that was once "Glee."

TV Time
Regina King has been on the road to ‘Watchmen’ for 25 years. She has no regrets
403 views

TV Time
‘The Marvelous Mrs. Maisel’ characters must ‘figure out how and where to land,’ Tony Shalhoub says
307 views