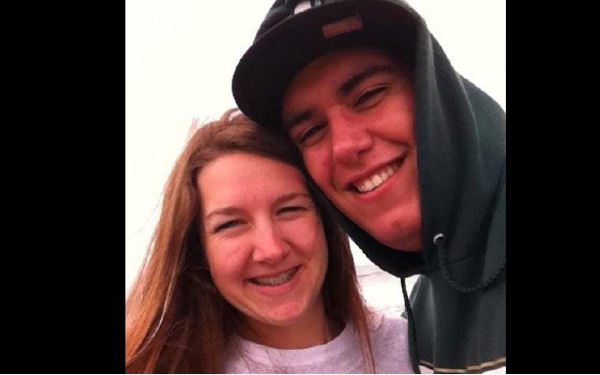 Philip Dhanens died in 2012 after drinking shots of hard liquor while pledging a fraternity.
(Credit: Facebook)

(MCT) The second of three defendants connected to the binge-drinking death of Fresno State fraternity pledge Philip Dhanens two years ago pleaded no contest Wednesday in Superior Court to misdemeanor charges of hazing and furnishing alcohol to a minor causing death.

He faces up to a year in jail, said attorney Jeff Hammerschmidt, who represents Serrato.

"Mr. Serrato wanted to accept responsibility for his participation that led to the death of Mr. Dhanens," Hammerschmidt said.

Already, Daniel Woodward Baker, 23, has been sentenced to three years of probation, 30 days in the adult offender work program and 200 hours of community service. He pleaded no contest on July 30 to a single misdemeanor charge of hazing. Judge Dennis Peterson ordered Baker to complete his community service by Dec. 17.

Aaron Joseph Raymo, 26, pleaded not guilty to the charges. His next court appearance is pending.

Fresno police said Dhanens, 18, of Bakersfield, was only a couple of weeks into his first semester of college when he pledged with the Theta Chi fraternity. On Aug. 31, 2012, he went to a party at the fraternity's off-campus house, where 14 pledges -- 12 of them younger than age 21 -- were locked in a room with eight bottles of hard liquor. The pledges were told they couldn't come out until the bottles were empty, police said.

Baker, the fraternity president, oversaw the events of that night along with Raymo and Serrato, Chief Jerry Dyer said.

Dhanens drank an estimated 37 one-ounce shots of hard liquor that included whiskey, tequila and brandy within 80 to 90 minutes, Dyer said. Dhanens was pronounced dead at Saint Agnes Medical Center within 24 hours of the party. The Fresno County Coroner's Office said Dhanens' blood-alcohol level was 0.36, more than four times the legal limit to drive.

In filing the charges in March 2013, Fresno County District Attorney Elizabeth Egan said the three defendants had no criminal history and evidence shows that they didn't intend for Dhanens to die, but "their actions led to deadly results requiring criminal intervention to hold them accountable."