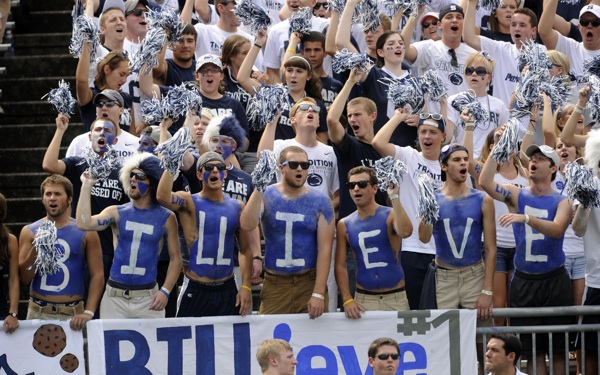 For a college student, attending football games is like a rite of passage. The tailgating, the beer, the beer pong (and beer bongs), the band, mascot and cheerleaders -- it's all a part of the wonderful college experience no student should miss out on.

However, a recent Wall Street Journal analysis reveals that fewer students are actually going to the football games. Average student attendance at football games at top-division public colleges is down 7.1 percent since 2009. At the colleges in the richest conferences, that number is down 5.6 percent.

The Wall Street Journal credits this decline in student attendance to increased ticket prices, fewer games against longtime rivals and the proliferation of televised games.

This news is hardly surprising.

My freshman year at the University of Southern California, I bought the football package to attend all of the Trojans' home games for over $100. It was a good deal, but a waste of money at the same time. I couldn't make every home game, and when I did go, I almost always ended up leaving early because a) it was too hot, or b) my friends were too drunk and needed to go home.

Over the next three years at 'SC, my friends and I realized that the best part about football games is the tailgating. So, we stopped going to most of the games. We would go to one or two home games, especially the UCLA, Stanford and maybe Oregon games, but no one really cared about the matchups against Washington, Colorado or the other non-rival teams. Besides, thanks to TV, it was much easier (and more relaxing) to head home or to a bar after tailgating, sit on comfortable couch and watch the game while sipping a cold beer you couldn't buy at the stadium.

(Note: The WSJ analysis did not include USC's student attendance at football games.)

Speaking of beer, last week Campus Circle reported more colleges these days are selling beer at football stadiums in an attempt to increase revenue and draw more fans to the games. Perhaps if more colleges conform to selling alcohol at stadiums, they might see an increase in student attendance as well...

Anyways, interestingly enough, the Wall Street Journal reports student attendance at UCLA football games has actually increased. Since 2009, it has climbed 58 percent, probably due to the fact the school has made it easier for students to travel 30 miles to the Rose Bowl in Pasadena.

It's also probably due to the fact the Bruins have finally won some games, including beating rivals USC (no bitterness here. This year is a new year for the Trojans, who will most likely reclaim their throne).

But that's a different story.