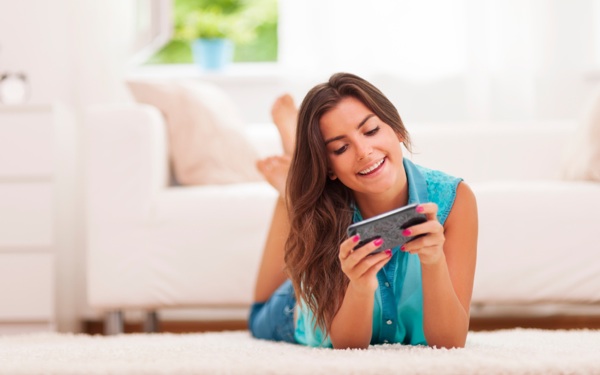 Earlier this week, we shared some valuable texting-flirting advice for women from the app Omlet. Surprisingly, we discovered that guys really don’t like a bunch of exclamation points (!!!), funky spelling and terrible grammar. However, they do like receiving those cheesy emoticons and emojis.

So, we decided to talk to the app’s art director (and Tinder user) Henry Jacob, who gave us more insight on the survey results and shared advice girls can use when flirting via text.

Campus Circle: Any advice on how girls should text guys?

Henry Jacob: No. 1 is to be aware that guys and girls are different. Girls might want to have a conversation and get to know each other, whereas guys are more goal oriented, so they’re texting with the goal of wanting to meet or go out on a date.

So with that said, girls should be very aware on how some of the things they say could be misread by a guy because guys, unfortunately, look for any clue that the girl is interested and might over read things.

For instance, if you’re texting a guy at nighttime and he asks you what you’re doing, and you’re just like “Oh I’m home alone,” they might take that as an invite to come over or something like that.

Do girls read things differently than guys do?

If a girl says, “Oh I’m just about to hop in the shower,” for girls that may be more casual, but guys might see it as more sexual and take it as a sexual innuendo, something like flirting sexually. Keep the conversation focused on a topic. Ask questions to learn about who they are.

How does a girl know what the line is when it comes to how often she should text a guy?

There’s always that game of who has the power in terms of “who’s more interested and who’s more aloof?” A good policy is to be consistent with what they give you. If you text them, and they don’t answer for like a day, then the next time they text you, you don’t want to answer right away. I feel like, especially for guys, they will show you their level of interest. So, if a guy meets a girl and she texts him and he doesn’t answer for a couple hours—unless he has a valid answer—he’s probably not as interested.

For someone who he’s more interested in, he’d text back immediately. Girls need to understand that you can’t really change that. If they’re being too aloof, then don’t think about them. When a guy is really interested in a girl, then he is more aggressive in terms of trying to make her more exclusive to him. So, he’d be more attentive and more detailed in his responses. If he’s none of those things, then that’s an indicator that you should reciprocate his level of interest.

Does it mean anything when a guy doesn’t text a girl because he doesn’t like texting or being around his phone in general?

Guys don’t see texting as an important form of communication, so they might be less interested in texting than a girl. It’s also something you could just mention. I think guys always respect girls who say what they think or what they want and not in a way that’s demanding.

All lower case words as a turnoff?

I don’t think I agree with that myself. I guess it might indicate…grammar abilities. If someone doesn’t speak well, it’s a turnoff.

Do guys really not like it when girls send too many exclamation points while texting because it makes them seem too excited?

A guy wants a girl who isn’t too easy to get. If a girl sends too many exclamation points all the time or answers all the time really quickly, the guy is turned off because A) you’re either like that with everybody, or B) they like you too much and faster than you like them.

In general guys don’t like that because it seems too eager. No matter what a girl looks like, they want someone who isn’t easy to get, so they feel better about themselves.

Do you have any flirting advice for all Tinder users?

Don’t be afraid to message a person first. Don’t message right away, but maybe wait like a day. Girls and guys are prone to saying more generic things, like “hey how are you,” and I’m not saying that’s bad, but to stand out more there should be something that you say that’s specific to them. Get a good mental picture of who they might be. If you’re chatting with someone, you should really be trying to get to know them. If you don’t know somebody and you ask, “how’s your day going?” that’s okay but, like, who cares? A stranger could ask you that question. I might make an observation if they look like they have a fun life or if they look interesting.

How can girls tell what a guy wants over Tinder?

[…] Contrary to popular belief, not all guys want sex. I think every guy is a little different. So, the thing you want to think about is when you’re talking to them, if they’re talking more about your looks, then they just want to hookup. If they’re more interested in what makes you happy or what makes you tick, then he might be looking for something more.

I think something most girls don’t realize that a lot of guys do is that their expectations will change depending on how the girl responds. Let’s say a girl looks physically attractive, but she doesn’t seem that interesting, so [a guy will] just want to hook up with her...

Girls are really good at judging character, and I think guys don’t get enough credit for also being the same. Girls tend to lump all guys into one category that they all think about sex every second, which makes us look like we’re not smart, but that’s not true at all.

My advice is, whether you’re on Tinder or whatever dating app, if you listen to yourself and you know what you want, then you should just have your own values and your own set of beliefs.

When it comes to texting at 2 a.m., unless you’re already in a relationship or you’ve been seeing each other and hooking up and spending the night together, then, you know. Unless you’re both night people and the texts are more interesting or funny or you guys are trying to get to know each other, then that’s the exception.

How can a girl know through text if a guy likes her?

It goes to frequency and intense. If they’re interested, they’re going to text you a lot. If they really like you, they’ll text you once a day, maybe once every other day, unless they’re in some job where they’re completely busy all the time. If they’re not messaging you up to every day or every three days, then they’re not that interested. If they really like a girl, they’ll go after it. If they’re messaging periodically, and they’re not making a strong effort to hang out, then they’re talking to other people and you’re just one of the people they’re keeping on a backburner.

Should girls confront guys over text?

All guys are very sensitive to those “we need to talk,” wife-y, scolding kind of things. Try to keep it as nonchalant as possible.

You can always start with a compliment like, “Hey, I really enjoyed talking to you, and I was just curious if you wanted to chat more or if you’re not interested in getting to know someone over text,” as opposed to “Hey, I haven’t heard from you, what’s your deal?”

It’s important to say what you’re thinking without seeming like you’re being demanding. In general, you should communicate in a way that’s super comfortable to you. It’s a bad sign if a guy is too mysterious, and you can’t tell what they’re thinking of ever.

At some point, having multiple social networking websites can be overwhelming and frustrating, which is where Omlet comes in.

The app is the first product from MobiSocial, which was founded by serial entrepreneur and Stanford computer science Professor Monica Lam and her team of three Stanford CS PhD candidates: Ben Dodson, T.J. Purtell and Ian Vo.

Omlet is an open messaging platform, a new standard that allows consumers to “share anything, with anyone, anywhere” while owning their own data. The company gets rid of users’ data after two weeks but allows the option of storing data in a Box or Dropbox account.

“A social network means I own your data,” Lam told The New York Times. “We are not a network, we are just moving data between you and your friend, phone to phone.”

Not only does Omelet combine all the features of your favorite social networking websites, but it also promises your privacy so you don’t have to worry about your pictures ending up on some advertisement.

You can also add friends from your phonebook to create group chats and save your shared photos in a “social gallery.” There’s a check-in function, so you can stalk your crush’s whereabouts, and you can access third-party apps within Omlet that allow for other kinds of sharing.

Sex & Relationships
Is being ‘emotionally unavailable’ holding you back?
2,294 views