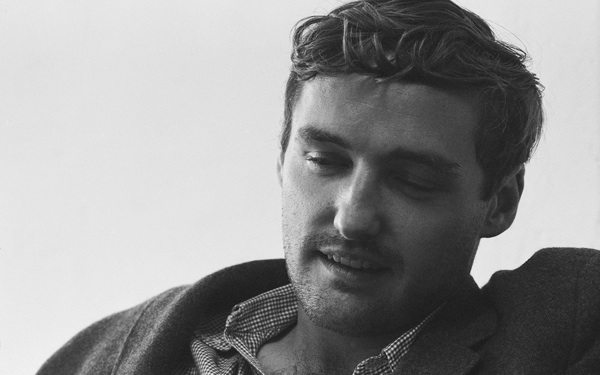 The University of Southern California is celebrating film icon Dennis Hopper with an extensive assembly of the actor's scripts, awards, film posters, photography and personal letters on display exclusively for USC students, faculty and staff in the Hugh Hefner Exhibition Hall and Cinematic Arts Gallery from Sept. 2 to Oct. 9 (it will open to the public on Oct. 10 through Nov. 26).

This free exhibit, titled Part of Being an Artist: The Dennis Hopper Collection, Selected Artwork and Ephemera, will feature some of Hopper's iconic black and white photos, and the school's Visions and Voices program will even screen some of his groundbreaking films, like Easy Rider on Sept. 12.

Elizabeth M. Daley, Dean of the USC School of Cinematic Arts, said in a press release, "We are honored to have the Dennis Hopper Collection here at the School of Cinematic Arts. The collection spans the eclectic reach of Hopper’s multi-faceted work, and represents to all our students the originality and voice that Hopper uniquely exemplified during his legendary career and life.”

Here is the full schedule for the film screenings:

The Last Movie (1971), Hopper’s bold experiment in cinematic storytelling, is a strange and fascinating film about how reality is constructed in cinema.  Directed by Dennis Hopper. Written by Dennis Hopper and Stewart Stern. Produced by Paul Lewis. Rated R. 108 minutes.