WATCH: Columbia Student Will Carry Mattress to Every Class Until Rapist Leaves School 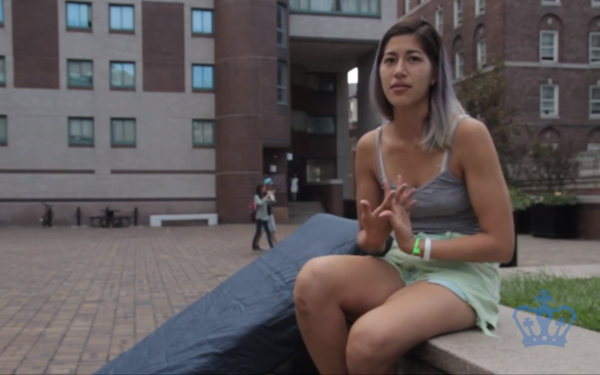 What are you supposed to do when your rapist attends the same school as you because the school failed to expel him? You could mope around, drop out of school or do nothing at all. Or, you can take a stand against it in a rather unusual way, which is what Emma Sulkowicz is doing.

Jezebel reports the Columbia senior is carrying her mattress around campus and lugging it to every class until her alleged rapist is either expelled or decides to leave the university. It's part of her senior thesis project, which she calls  an "endurance performance art piece."

"I was raped in my own dorm bed," Sulkowicz told the Columbia Daily Spectator.

She continued, "I feel like I've carried the weight of what happened there with me everywhere since then."

Unhappy with Columbia's internal hearing process, Sulkowicz filed a police report against her alleged rapist in May. However, the police reportedly treated her dismissively and showed skepticism.

Sulkowicz, along with 22 other survivors, filed a Title IX claim against Columbia University, one of the many colleges that have faced scrutiny over their handling of sexual assault cases.