How 15-Year-Old 'Hacked' His Way Into UC Berkeley 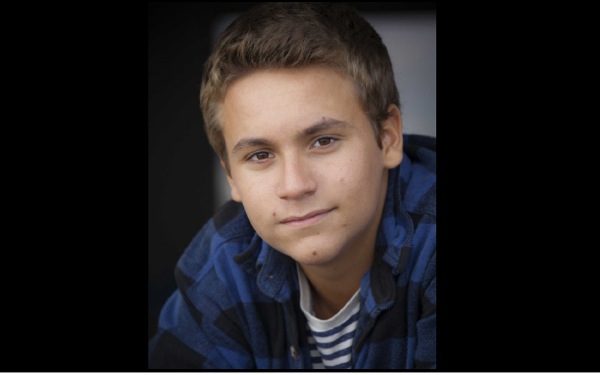 (MCT) Sage Ryan, who turned 15 the other day, is no super genius. He avoids math when he can, yet he's just entered UC Berkeley - as a junior.

"I'm not Doogie Howser. I do believe any kid can do this," said Sage, a sandy-haired boy about 5-foot-4 who moved into a meat-free student co-op but will go home to San Francisco most weekends.

UC Berkeley has had its share of kid geniuses. Most come to the top-ranked university as freshmen, including a 12-year-old who entered a few years ago and earns straight A's in a competitive science program.

"We were all blown away that he got accepted to Berkeley," said his mom, Jessica Jacobs, who teaches math at a continuation high school in Larkspur. "His grade-point average was 3.3, a B."

Jacobs and her son say they did not cheat the system; they "hacked" it. They used legitimate but little-known ways to accelerate Sage's schooling so that by 14, he had accumulated enough academic credits at community colleges, UCLA and even Brigham Young University in Utah to persuade UC Berkeley officials that he had the right stuff to transfer in.

It helped that he's been a performer since age 7, when he appeared on "America's Got Talent" with his grandfather. They sang "St. James Infirmary Blues." Sage advanced; his grandfather got the boot.

At 9 he played a caroler in A Christmas Carol with Jim Carrey. And he was a misbehaving boy in Woody Allen's live production of Gianni Schicchi. He has since appeared on "Grey's Anatomy," "The Closer" and other TV shows, and he has done voice-over work for the animated show "Family Guy."

Sage explained all of this in his application essay to UC Berkeley, which made up in passion what it lacked in grammatical perfection. He didn't disclose his age until the last paragraph:

"I would like to take this opportunity to explain why I, at age 14, am applying as a transfer student to the UC. When I was 11 years old, I was doing poorly in the sixth grade. I was missing school due to my work schedule but when I was in class, I was miserable. My mom asked me once if there was anything that I did like about school and I told her that one time in science we studied geology and I had enjoyed that. She, as a progressive educator, enrolled me in a community college geology course. ... I took several on-campus courses and some online classes as well. I was also able to attend UCLA via the cross enrollment program. My favorite thing about college has been being able to choose the courses that interest me."

That geology class changed everything.

At 11, Sage was living in Los Angeles with his mother and younger brother, Kaien. His parents had split when he was 6.

Jacobs enrolled Sage at West Los Angeles Community College because it admitted students of any age.

"I used to come home and say, 'Mom! Mom! The other students are asking me for help!" he said at Cal on his birthday, a day before school began Thursday.

"I was super interested - getting all these rocks and looking at them under the microscope. You don't get to do that in middle school. You just open the textbook with a fake smiling kid with a microscope."

"There were lots of field trips to the Getty Museum," he said. "It was amazing!"

Meanwhile, his mother discovered an obscure state law that lets parents establish their home as a private school. But they have only two weeks a year, from Oct. 1 to 15, to file the affidavit with the California Department of Education.

No teaching credentials are required to establish a school, said Jacobs, though she's got several.

"Anybody can do it. Whether anybody should is a different question," she said. "You either have to have an extremely self-motivated and organized child or a parent that is supporting the situation. That was our situation."

Jacobs uses the same approach with her high school students, whose transcripts are riddled with F's. "They have little hope of going to a four-year school unless they take advantage of community college now," she said.

She also discovered that once Sage had enrolled at one college, others accepted him regardless of his age.

Another game-changing tidbit was "cross enrollment." When Jacobs learned that community college students can take one class each term at any UC campus, Sage upgraded to UCLA, taking archaeology, drawing, painting.

"I don't want anyone to get the impression that he's an intellectual genius," said his mom. "He's a typical kid with learning issues, getting in trouble with authority, and a horribly messy room."

At 12, Sage moved to the Bay Area to live with his grandmother and give public school another try. He lasted four months at Novato High but came away with a girlfriend (they're still together), and the knowledge that he was now a college man for good.

He returned to UCLA last summer and said he was 16 so he could live in a dorm. He was 13.

"Surprisingly, there was no marijuana," Sage said. "But there was drinking, which isn't really my form of entertainment."

Soon Sage had accumulated nearly enough academic credits to transfer to a university as a junior. But he still needed math, his weakest subject. So Jacobs hit the Web and found an online statistics class at one school - in Utah - that required no prerequisites.

Sage applied to four CSUs, two UCs and the University of Southern California. He got into San Francisco State, Humboldt State - and Cal.

"He's got a lot of drive," said Amy Jarich, Cal's undergraduate admissions director. "What's unique about this young man is that he's a transfer student. The average age for that is 23."

Still, at 14, Sage had no idea that being accepted to Cal was a coup until he read his mother's excited Facebook postings.

Sage will begin as a full-time student in January. But he's already begun taking classes: one during the summer and at least one this fall.

Last week, on his 15th birthday, Sage went to an orientation pizza party at Zellerbach Hall for theater and performing arts students. Dressed in plum-colored pants and a black Hawaiian shirt he'd picked up at a thrift shop, Sage appeared nervous among the tall young men and older women. He looked for friends from the Acting for Social Change class he took at Cal this summer and found a few.

One was Crystal Sasaki, 24, who was so delighted to see Sage that she pinched his cheek.

"He's such a little baby! Wooow!" she said later. "We all knew that he was young in the class. But he was extremely active - totally made a big contribution."

Ironically, said Michael Mansfield, who taught the class, Sage "ended up being the best 'old' actor - able to change his voice, his body" into a man of 50. "It's a great gift that he was able to play the more mature and older actors."

At one point, Sage sat chatting with faculty members about actors they knew in common. Lura Dolas was impressed.

"He's a remarkable young man," said the senior lecturer. "He seems to know who he is and what he wants. I know some 22-year-olds that aren't nearly as ready."

As he left Zellerbach, Sage no longer looked nervous.