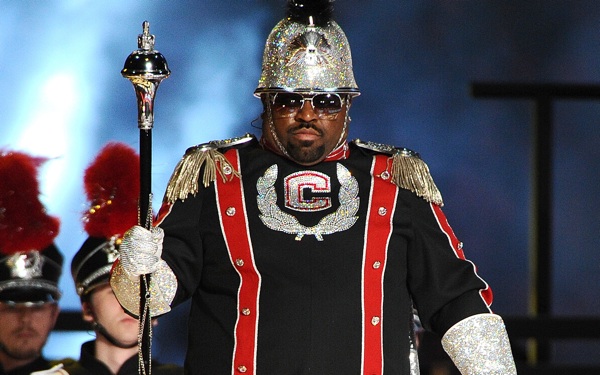 Billboard reports Friday the singer will no longer be performing in Washington D.C. on Sept. 20 as part of the U.S. Navy-sponsored concert.

"Regardless of intent or context, the lack of sensitivity towards an issue that is one of the great challenges facing our Navy is unacceptable," Freedom LIVE posted on its Facebook page. "As a result, we have made the decision to pull CeeLo Green from the Freedom Live event on 20 September."

The tweets Green sent out that were particulary disturbing include, “People who have really been raped REMEMBER!!!” and “If someone is passed out they’re not even WITH you consciously! so WITH Implies consent.”

Since he posted the tweets, Green has apologized (via Facebook), but the damage had already been done. Along with no longer performing at the concert, the "F*ck You" singer also lost his TBS show "The Good Life."

And that, ladies and gentlemen, is why you shouldn't make disturbing comments about rape.

Posted Sept. 3, 2014: Following the cancellation of his show after he made some disturbing comments about rape on Twitter, CeeLo Green has kind of apologized about what he wrote.

"I truly and deeply apologize for the comments attributed to me on Twitter. Those comments were idiotic, untrue and not what I believe," he wrote on Facebook.

The Hollywood Reporter confirmed Tuesday TBS cancelled Green's show "The Good Life" after the entertainer/songwriter made the comments. However, a network source told NBC News TBS decided not to renew the show for a second season because of poor ratings.

“People who have really been raped REMEMBER!!!”

And, “If someone is passed out they’re not even WITH you consciously! so WITH Implies consent.”

In his tweets, Green was referring to his legal case, where he was accused of spiking a woman's drink with MDMA in 2012. The woman said she woke up naked in Green's bed with no recollection of what happened the night before.

Green was not charged with rape or sexual assault, but he admitted that he did possess Ecstasy and pleaded no contest last Friday to supplying the 33-year-old woman with it.

Considering the attention that has been brought to sexual assault cases (especially on college campuses) through the media lately, you would think the former "The Voice" judge would refrain from commenting about rape at all.

Blog
The Weeknd announces his ‘The After Hours Tour’ and album
1,604 views