Alex Guerrero Returns to the Dodgers, Focusing on Baseball 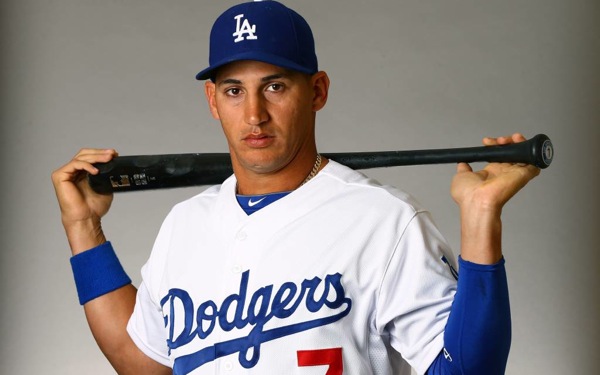 (MCT) For many, the most pressing question surrounding Alex Guerrero’s return to the major leagues was a superficial one: How does his ear look?

Not bad, for the record.

Guerrero’s name is still most closely associated with a vicious fight with then-teammate Miguel Olivo during a Triple-A game in May. That’s saying something, considering Guerrero batted .300 in spring training and .333 at Triple-A Albuquerque after signing a four-year, $28 million contract last season.

The 27-year-old from Las Tunas, Cuba, wants you to know he play baseball, too.

“My job and my focus,” he said through an interpreter Tuesday, “are to work hard and help the team.”

Guerrero will see time primarily as a pinch hitter. With 32 other players on the Dodgers’ active roster, his opportunities might be scarce.

Some who have tracked Guerrero’s recovery believe his ear will only look more normal as the days pass. For now, it’s got the look of an old wrestler’s ear. That makes some sense, considering how the injury occurred.

Olivo, a veteran catcher, punched Guerrero in the Isotopes’ dugout during a May 20 game in Salt Lake City, then bit off the top portion of Guerrero’s left ear.

An Isotopes trainer retrieved the missing appendage from the dugout floor and preserved it well enough for doctors to surgically re-attach it. After undergoing skin-graft treatments at UCLA Medical Center, Guerrero returned to the field for some lower-level minor league games in July.

The Dodgers released Olivo within days of the fight.

“In terms of ill will (toward Olivo), there’s nothing there,” Guerrero said. “Legally that will be something for my lawyers. That’s really their focus.”

Guerrero, a natural shortstop who’s seen more time at second base since defecting from Cuba, said he needed three weeks to get his timing back at the plate.

His fielding is still a work in progress. Tuesday, he was one of three infielders taking ground balls before the rest of the team.

“When it comes to a change of position, it takes a little while,” Guerrero said. “Everyone thinks it doesn’t take that long in order to make that adjustment. You have to work very hard, especially when you’re at the highest level of baseball. You have to focus on the details.”

Pitcher Chris Perez is back in the Dodgers’ bullpen, but isn’t completely healed after undergoing surgery to remove two bone spurs from his right ankle in August.

The veteran right-hander said he still applies a cold compression device on the ankle as needed, often after he pitches or for 10 minutes in the morning if he wakes up sore.

The funny thing is, his ankle doesn’t hurt when he pitches. Shagging fly balls in the outfield during batting practice — the mere act of standing around for an hour, mostly — is his greatest nemesis.

“The month off not having to shag helped a lot,” he said. “I would love to (not shag fly balls during batting practice), but once one guy pulls out, everyone finds a reason to pull out.”

Perez, who has a 4.93 earned-run average in 43 appearances this season, said he might need a second surgery after the season, but “right now we don’t think I’ll need it.”

Miguel Rojas, Carlos Frias and Erisbel Arruebarrena were all added to the major-league roster from Triple-A Albuquerque as expected. The Dodgers have 33 players on their active roster. ... Dodgers manager Don Mattingly confirmed that Frias will start today’s game, which is scheduled to begin at 12:10 p.m. “We felt like he was a good guy for this 12 o’clock game,” Mattingly said. “He doesn’t sleep.” … Highly touted pitching prospect Julio Urias is expected to report to the Arizona Instructional League. The 18-year-old lefty threw 87 2/3 innings this season at Single-A Rancho Cucamonga, and is expected to be allowed to reach approximately 100 innings total.