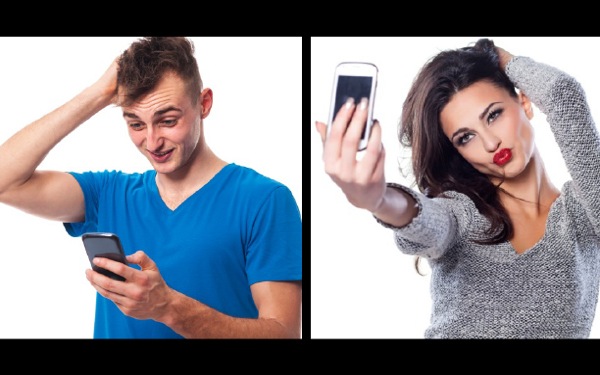 A Baylor University study found that college women spend an average of 10 hours a day on their cellphones while men spend eight (via College Candy).

“Cellphones may wind up being an escape mechanism from their classrooms. For some, cellphones in class may provide a way to cheat,” said researcher James Roberts.

Apparently, 60 percent of students in the study (which examined a total of only 164 students) admitted that they might be addicted to their phones, with Pinterest and Instagram being "associated significantly with cellphone addiction."

But, what students seem to be doing the most on their phones include texting, sending emails, checking Facebook, surfing the Internet and listening to their iPods.

Give it a few more years, and we bet "swiping" on Tinder and "snapping" on Snapchat will be in the top list of their cellphone activities.