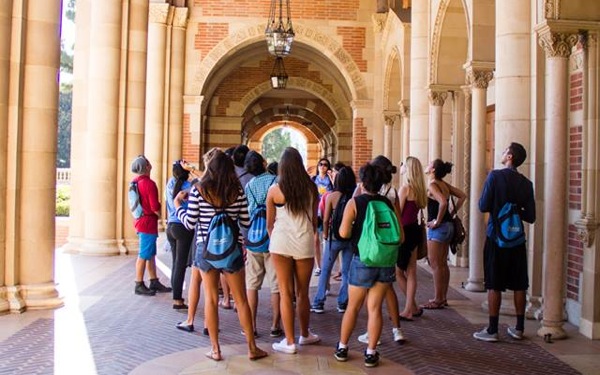 The big USC vs. UCLA rivalry football game is a few months away, but we figured we'd ignite the trash talking now by drawing attention to a side-by-side comparison of the two powerhouse schools.

Parchment looked at college choices from 104,119 students who applied to college that year. Using a "revealed preference" tool, the company was able to determine that if a student was admitted into two schools and picked one and not the other, then that student preferred that school. It's pretty logical.

However, one must keep in mind that there are a variety of variables that influence a student's decision to attend one school over another such as cost, distance, alumni network, etc.

Before Bruins start shouting how much better they are than Trojans, though, they should proceed cautiously: this Parchment tool allows other rivalry schools to compare themselves to UCLA.

For instance, 58 percent of students chose to attend UC Berkeley over UCLA.

But wait: 82 percent of students picked Stanford University over Berkeley!

See how much fun this is?

So, perspective students, if you're stuck between two rivalry schools, use Parchment's handy tool that will tell you which schools students have picked in the past.