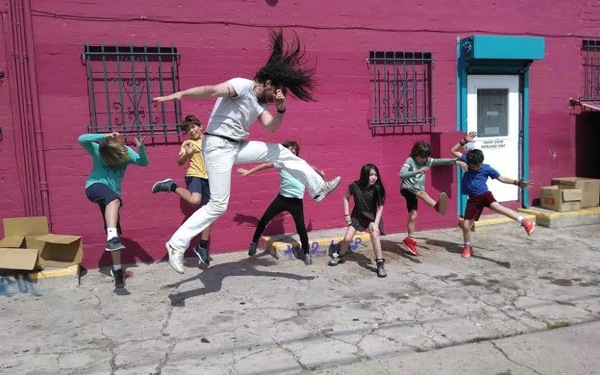 Maker Studios' latest series is a "Sesame Street"-meets-the-digital-era project that will have kids playing, building, exploring, learning and imagining.

"Meet Me at the Reck" is an online original children's series that will follow Andrew W.K. and his band of kids--better known as "reckers"-- as they explore the importance of using your imagination. It's set to premiere on Saturday, Oct. 4 on Maker.tv.

As a six-part series, "Meet Me at the Reck" will feature the talents of some notable guests: Jack Black (School of Rock), Zach Woods ("Silicon Valley," "The Office"), guitar legend Matt Sweeney, comedian Bobby Lee and pro-skateboarder Eric Koston.

"We are eager to bring this fun, family experience to our audience featuring Maker talent partners along with stars across traditional entertainment, sports, science and more,” said General Family Manager Michael Ross. "From rockers to aliens—all set at a local rec center in Echo Park, I can’t think of a fresher take on kids educational programming.”

Maker Studios is a next-generation media and technology company and the world's largest provider of online video content for millennials.

TV Time
(Almost) every show coming to TV this summer. And 29 that aren’t
428 views