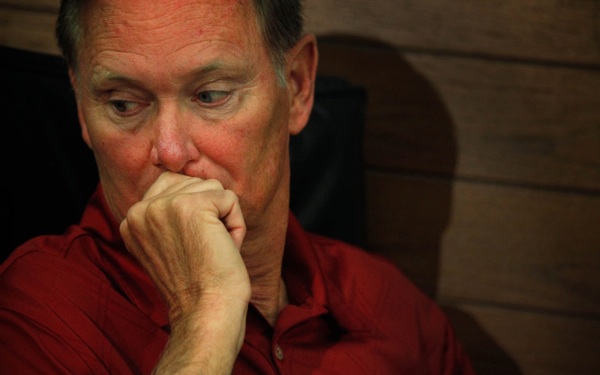 The Pac-12 fined USC Athletic Director Pat Haden $25,000 for coming on to the field and arguing with officials during the third quarter of Saturday’s 13-10 victory over Stanford.

Haden, in an interview after Saturday’s game, said he was asked to come down to the field because of a communication conflict between Sarkisian and the officials after an unsportsmanlike conduct penalty was issued. The athletic director apologized Sunday night, stating that he “should have waited until after the game and gone through the appropriate channels.”

Many, however, don’t feel that the apology and fine are enough for Haden, who is one of the 13 members of college football’s new playoff selection committee. There is a growing contingent that believes Haden should resign from his position on the committee, including USA Today’s Dan Wolken, who wrote that the athletic director’s actions were embarrassing and don’t reflect “impartiality and level-headedness.”

This is the first year of the new four-team playoff to decide college football’s champion. The conversation around Haden’s actions has called into question the potential conflicts of interest for standing university administrators serving on the selection committee. There are five current athletic directors on the committee responsible for choosing which teams make the playoff, including the committee’s chairman, Arkansas AD Jeff Long. These individuals will not be permitted to engage in discussions regarding their own schools, but that isn’t the only potential conflict of interest.

Haden can’t vote for USC to make the season-ending playoff, but there are a number of other potential conflicts of interest involved. Would he be willing to vote for UCLA knowing that any success for his university’s archrival would diminish the ability for ‘SC to recruit in Los Angeles? And, would he be more inclined to vote for Oregon in order to bring more clout and revenue to the Pac-12?