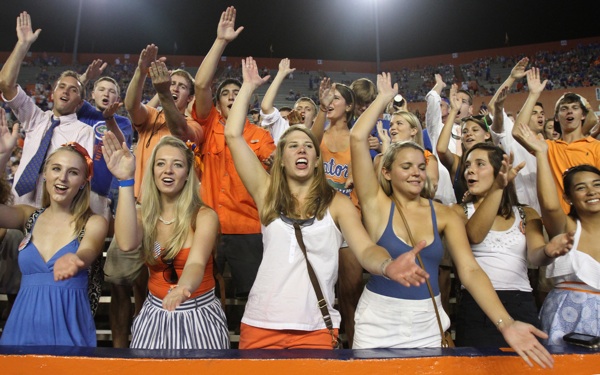 Over the weekend, a fourth student at the University of Florida was attacked by an alleged rapist.

WESH reports the victim was able to fight off her assailant when he attacked her from behind near a campus library Sunday morning. Luckily, none of the victims were seriously injured.

The university's paper, The Independent Florida Alligator, states that within the last two weeks, three other female victims have been attacked. Jezebel reports a suspect punched the first woman in the head and ripped her clothes, but a neighbor chased the man off. The other three victims were able to fight back, with the second victim able to get bystanders' attention.

"We hope you don't strike again. We understand your method of operation, and we're coming after you," University of Florida Police Chief Linda Stump said to the suspect during a press conference.

However, students, especially females, feel uneasy on campus. "I'm concerned about my safety, especially after dark, since I live by the sorority houses. It's kind of making me nervous," one student told WESH.

A tipster reportedly told Jezebel she's "never been more frightened in all of her years living on campus" and that students don't have that much confidence in the campus police.