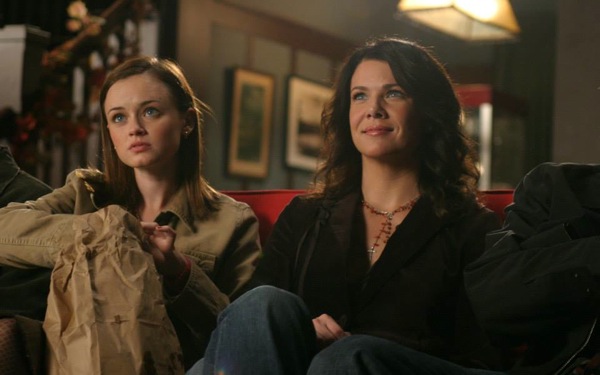 Netflix is giving us yet another show filled with nostalgia that we can binge watch after class, in between classes and during class. Get ready for "Gilmore Girls."

Variety reports the charming dramedy, which aired from 2000-2007 and starred Lauren Graham and Alexis Bledel as mother and daughter, will be available to stream on Netflix on Oct. 1. Every single episode (there are 153 of them and seven seasons total) will be available in the U.S.

"Gilmore Girls" was a family TV gem, especially among the young female demographic. It was nominated for one Golden Globe, and won an Emmy (well, for makeup) and an AFI Award. It followed the hilarious yet very realistic mother-daughter relationship between Lorelai Gilmore (Graham) and her daughter Rory (Bledel) living in a small Connecticut town.

Okay, so Netflix has done pretty well at supplying us with some of our favorite family/teen shows from the early 2000s; we have "One Tree Hill," "Dawson's Creek" and even "Roswell."

Now, we are in desperate need for Netflix to get the rights to THESE shows and stream them online:

"Boy Meets World" ('93-2000)
So what if we can watch almost every episode on YouTube? We demand it is our right to watch Cory and Topanga's wonderful rollercoaster love story on an actual television screen, to watch Eric get dumber and dumber as the seasons go on, and to watch Shawn deal with all of his parent-abandonment issues. That "Girl Meets World" show on Disney isn't cutting it.

"7th Heaven" ('96-2007)
As the longest-running series on The WB, this show was amazing. It starred Stephen Collins as Reverend Eric Camden and Catherine Hicks as his wife. They had seven children, two of whom were played by Beverly Mitchell and Jessica Biel. "7th Heaven" is full of so much of that wonderful '90s nostalgia that everyone needs to indulge in.

"Degrassi: The Next Generation" (2001-)
Sometimes, we're just in the mood to watch the typical middle/high school drama that used to plague the younger generation. You know, like the dangers of chatting with a stranger online, sexual assault, school shootings and mean girl backstabbing. "Degrassi" used to go there, and we would like to revisit there every now and then.

Plus: It's always nice to see Aubrey Graham as "Jimmy" before he became Drake.

"The O.C." (2003-2007)
The queen teen drama of all teem dramas is probably "The O.C.," which dealt with subject matter such as sex and relationships, social class, materialism, going to college, abuse and more. Plus, it starred the beautiful Mischa Barton and the gorgeous Adam Brody, and it had one of the MOST shocking TV deaths of all time. Seriously, how can this show not be on Netflix yet?

"Veronica Mars" (2004-2007)
It was nice that "Veronica Mars" was turned into a film earlier this year, and it's cool that "Play It Again, Dick" (a web series) is like the next chapter, but we would love to revisit old episodes of Kristen Bell playing the high school detective, our modern day Nancy Drew. And apparently, we're not the only ones who think the same way.

Creator Rob Thomas told The Wrap, "The idea of a Netflix or Amazon order excites me to no end."

It excites us too, so make it happen, Netflix--for all of these shows!

TV Time
(Almost) every show coming to TV this summer. And 29 that aren’t
428 views