Sorry, Apple: You're Just Not That 'Cool' Anymore (at Least, Not to Students) 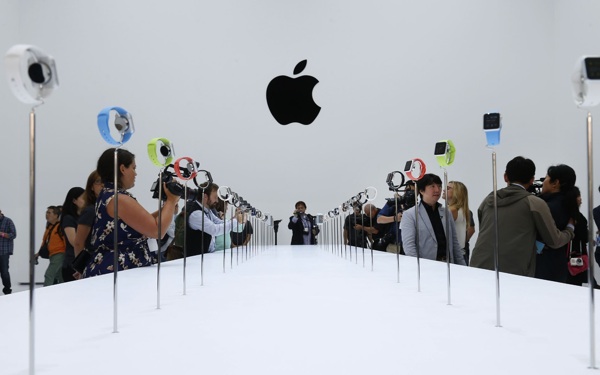 Apple impressed many people everywhere when it revealed news about the iPhone 6, iPhone 6 Plus and iWatch earlier this week. However, what were college students thinking? Well, they might have been thinking, "Ugh. Apple is so not that cool anymore."

CNN Money reports a Student Buzz survey (by Chegg) found that nearly one-third of high school and college students think Apple is "smug," and 64 percent percent think the company is "cool." That is the majority, but 71 percent of students think Google is "cool," and 72 percent hold that belief for Amazon. It seems Apple is one of the least "cool" tech giants.

What's more: college students aren't really sold on the new iPhones (what?!). Despite all of the new features coming with the new phones, 66 percent of students said they expected those features, and 24 percent said Apple has lost its "edge."

More than half (55 percent) believe the phone is more "style than substance," and only 36 percent still say they'll "definitely" or "probably" buy the phone.

The survey also delved into what features students really want in a phone. Among them include: a bigger and better battery life, waterproof protection, durability and more memory. It turns out the bigger screens aren't high on the students' wish list.

Oh, and we can't forget about the iWatch. Sadly for Apple, students just aren't sold on this accessory. But truthfully, it makes sense. Many students don't even wear watches to tell time (that's what phones are for, duh!), so why would they go crazy over an iWatch?

Hopefully, when these products go on sale, they won't be a rotten batch for Apple.