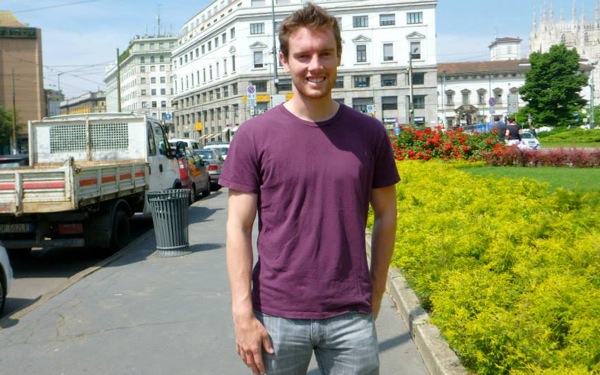 Derek Seehausen has been missing for more than month.
(Credit: HelpFindDerek.com)

Updated on Spet. 15, 2014: The Daily Trojan reports missing USC med student Derek Seehausen may have been spotted "shuffling" on Pacific Coast Highway near Solana Beach, Calif. The 26-year-old reportedly has a friend in San Diego and was planning to visit the friend around the time of his disappearance.

The family of USC medical student Derek Seehausen held a press conference Friday morning at the university's medical school to discuss a possible sighting of the 26-year-old who was last seen on Aug. 5.

CBS Los Angeles reports private investigator Thomas Martin said, "A photo released by LAPD on Friday, Sept. 5, 2014, of a man on a metro LA bus bearing striking resemblance to Derek has fueled a sense of urgency to locate the missing student.”

The LAPD states Seehausen was last seen leaving an apartment in the 400 block of West Glenoaks Boulevard in Glendale.

Seehausen's family created HelpFindDerek.com to raise awareness about his disappearance and seek the public's help. The site states the student was last seen wearing plaid shorts, a maroon shirt and sneakers. He's 6 feet, weighs 180 pounds, and has hazel eyes and brown hair.