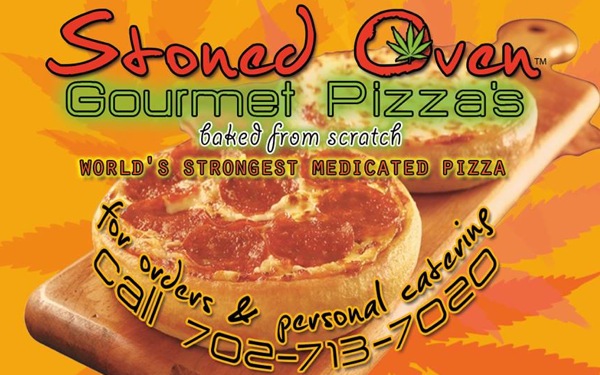 LA Weekly reported earlier this week we might be seeing more marijuana-laced pizzas at dispensaries around Los Angeles.

But now, production has increased for the company, and some collectives are even cooking pot pizzas on site and selling them.

Venice Caregiver is one of the collectives that cooks the pizzas themselves, and according to LAist, Weedmart Collective in South L.A (perfect for all you USC Trojans!) sells Stoned Oven's medicated pizzas.

"You cannot taste one bit of marijuana in there. This pizza is really dangerous, because you can trick anyone!" Stone Oven's Henry Mark told LA Weekly.

Mark also gave his recommendation on how customers should eat his pot pizzas:

1. Eat a quarter of the pizza.

4. And then decide if you should eat more.

If you're worried about gaining the "Freshman 15," we suggest you stay far, far away.

Blog
There’s a $1,000 steak served in a box at this Miami Beach restaurant. We have questions
1,687 views

Blog
Keto vs. Mediterranean diet: Which is the best choice for diabetics?
663 views