Wish You Could Minor in Beer? Then Transfer to this College 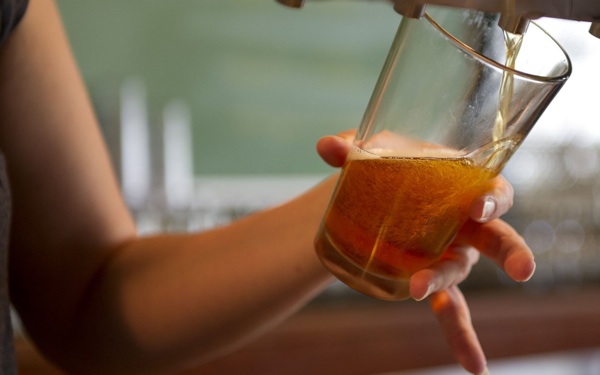 We bet all of the beer studies will fill up quick!
(Credit: Brian Nguyen/Sacramento Bee/MCT)

College students aren't strangers to beer, and those who attend New York's Paul Smith's College will have the opportunity to learn everything they need to know about the beer business. By spring 2015, students will be able to minor in "craft-beer studies" (via ABC News).

The professor who designed the minor, Joe Conto, reportedly said, "Our goal is to prepare students for all the management, administrative and operations opportunities the craft-beer industry has created."

With the number of breweries in the U.S. increasing (it rose 15 percent between 2012-2013), it only makes sense that colleges would start offering programs in beer and that these programs would attract students.

But if students are just looking to take classes where they can get a buzz, they'll be sorely disappointed. The "craft-beer studies" classes at Paul Smith's include management, marketing, advertising and promotion -- not just beer tasting.

If only all colleges had a program where students can MAJOR in beer. Now that would be the American dream.